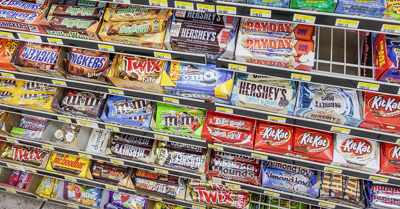 A bill proposed by a Texas lawmaker seeks to ban food stamp recipients in the state from using their benefits to purchase candy, soda, potato chips and other junk food.

The legislation was filed in the state House Committee for Human Services by Rep. Briscoe Cain (R), who said he proposed the bill out of concern for poor eating habits and health issues related to having an insufficient diet.

The bill, introduced in March, "seeks to curb the spread of diabetes and other health complications among Texas in at-risk populations by eliminating sugary drinks and snacks from the state's nutrition assistance program,"Cain said, according to local media outlets.

In recent remarks concerning the measure, Cain said “at-risk Texans and families who utilize the Supplemental Nutrition Assistance Program are often the most susceptible to diabetes and the serious complications associated with it,” according to a local report.

However, the bill states recipients would still be able to purchase fruit or vegetable juices "to which no sugar has been added" as well as coffee or "any substantially coffee-based" beverages.

“HB 4364 seeks to curb the spread of diabetes and other health complications among Texans in at-risk populations by eliminating sugary drinks and snacks from the state’s nutrition assistance program,” Cain added.

His office said roughly 3 million people in the Lone Star state suffer from diabetes, according to KSDK.