Betting a whole legislative session on one big issue 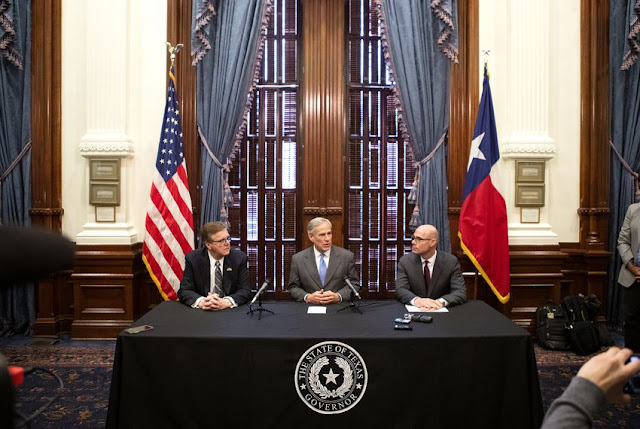 This is the kind of column that could have the shelf life of a ripe banana. It’s that time in a legislative session where things are in flux. Everything could change in an instant, with a change in the demeanor of a key senator or representative. And we’re talking about a tax bill in a Legislature that is allergic to tax bills and that considers them as much with emotion as with rationale. They want the money, but they are freaked out about how voters might react — about whether voters will love cuts in one tax enough to forgive lawmakers for raising another tax to pay for it.

That’s not the only politically hazardous piece of this ambitious and precarious package. Lawmakers have taken several tough votes already, and have more in front of them.

• They’re voting against local government officials, limiting how much those cities and counties can raise property taxes without asking voters for permission. The 3.5% limit in their current bills is a mark legislators themselves don’t hit in their own budgeting. Lucky that “physician, heal thyself” business only applies to doctors.

• They’re on wildly different tracks, in many ways, on the education and finance legislation at the center of this. They disagree on how to handle pay raises for educators and other public school employees. They disagree on how much money to put into state formulas to shrink the Robin Hood payments some districts pay into schools. And so many other things.

The distance between the House and the Senate on this can best be illustrated with two numbers: $9.9 billion and $15.5 billion. The first is the official “fiscal note” estimate of what the House's version of the main school finance bill, House Bill 3, would cost. The second is the estimate for the version the Senate is supposed to debate on Monday.

At this point, the folks in management just want to get the bill out of the Senate and on its way to the ten-member conference committee that will reconcile the two versions before the last month of the session slips away.

• The state budget, in the context of the other bills, is actually the easy part. It’s likely to be the first two-year budget to cross the quarter-trillion-dollar mark, but the financial pressures are familiar to any lawmaker who’s ever voted on a budget.

One potential twist is that the tax swap of higher state taxes for lower school property taxes could force lawmakers into a vote to exceed the cap in the state constitution on increases in state spending. That’s a relatively rare situation, one that would open them to criticism that they are not being conservative enough in their budgeting. And it would be an awkward thing to have to do in the same legislative session in which they are imposing tax caps on local elected governments.

• Last comes that swap. It’s in enough trouble to have prompted an all-leaders-on-deck news conference on Friday that combined end-of-session pep rally with a final push for raising state taxes enough to make a meaningful cut in local school property taxes.

The mechanism is in play. The original idea of a one-penny sales tax increase has proven to be a tough sell (an assessment from the House: “The Democrats aren’t for it, but the Republicans are against it.”) Abbott has refloated a Senate idea of diverting severance tax money into education that would otherwise go into the state’s economic stabilization fund, a move that would allow lawmakers to lower their proposed sales tax hike to something less than a penny. Increasing the size of homestead exemptions is another way to give some taxpayers a break without the costs of an across-the-board property tax cut.

They’re talking about options, in other words, even as they scramble to gather support and collect votes for their original idea.

The week begins with the Senate poised — but not necessarily eager — to vote on a school finance bill that includes a "contingent" section that would pay for property tax cuts if the money is available from a tax swap, whatever form that swap might finally take. And the House is poised to vote on the tax swap, looking for some assurance that they're not risking voter ire on a proposition the Senate might not ultimately endorse.

And then there is the sequencing of how all of this comes together. Tax bills have to start in the House — a legal requirement that means House members have to take a tough tax vote without any concrete assurance the Senate will go along. Assume that makes it harder to collect votes. Senators would have to take a tough vote on an education bill that won't include a property tax cut unless they and the House can come to terms on a tax increase. Clever mechanics are talking about ways to make both chambers vote at the same time — a high-noon approach that would most likely occur at the end of the session, when those conference committee reports are ready for final approval.

Finally, some of the plotters wonder if the whole package of school finance and tax swap could be combined into one big bill, set out for one big vote.

The governor, lieutenant governor and speaker have the most to gain or lose here, as they’ve effectively staked the outcome of the 86th Legislature on this set of issues. Why not end it with a legislative fireworks show?