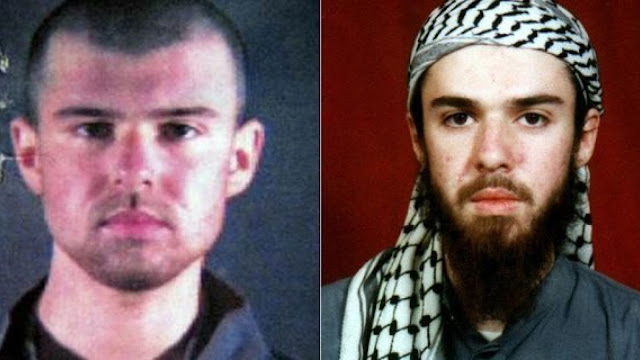 John Walker Lindh, known as the “American Taliban,” has been released from prison after 17 years behind bars.

Lindh has served the majority of his 20-year sentence and his early release from federal prison on Thursday in Indiana appears to be for good behavior, CNN reported.

The California native was captured in Afghanistan shortly after the Sept. 11 terrorist attacks at the age of 21. He was the first person to be convicted of a crime in the “War on Terror.” His story made national headlines.

Lindh reportedly converted to Islam at 16 and moved to the Middle East after high school. He then went Pakistan in 2000 to train with a radical Islamic group before joining the Taliban in Afghanistan, CNN reported from interrogation documents.

The American told investigators that he joined the “Arab group,” or al Qaeda, and fought on the front lines. He reportedly even met Osama bin Laden.

Lindh encountered US troops just weeks after the 9/11 terror attacks. He was injured in a detention camp in northern Afghanistan.

He told the American troops that had participated in a revolt in an Afghan prison but there was reportedly no evidence that he played a role in the death of CIA operative Johnny “Mike” Spann, who was killed during the uprising.

Lindh pleaded guilty in 2002 to aiding the Taliban and carrying weapons, cooperating with prosecutors to prevent details of his alleged mistreatment by US forces from being released, CNN reported.

“I did not go to fight against America, and I never did,” Lindh told U.S. District Judge T.S. Ellis III in Alexandria at the time. “I have never supported terrorism in any form, and I never will. ... I made a mistake by joining the Taliban. Had I realized then what I know now, I would never have joined them.”

Spann’s father asked Ellis to investigate reports that Lindh has remained radicalized during his time in prison.

The National Counterterrorism Center (NTC) published a report in 2017 that details how Lindh, as of May 2016, "continued to advocate for global jihad and to write and translate violent extremist texts."

He reportedly told a television producer that he “would continue to spread violent extremist Islam upon his release,” according to the report.

A report from the Bureau of Prisoners reported that Lindh has also made “pro-ISIS- statements” to journalists.

Shelby said last month that he raised the issue with President Trump, who voiced support for Lindh serving his full sentence.