Texas mayor accused of rigging his own election 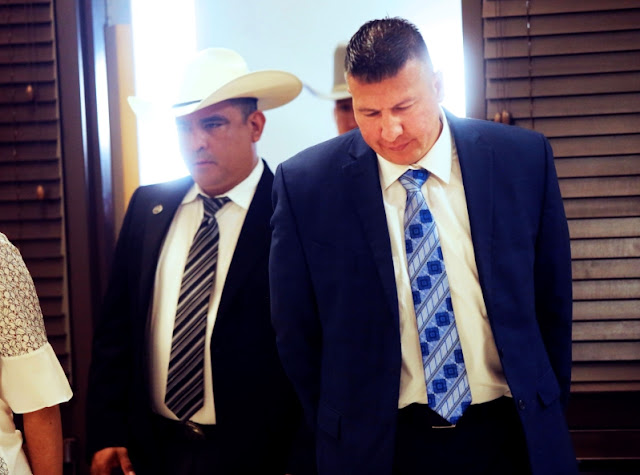 The mayor of a town located near the Texas-Mexico border was charged Thursday with rigging his own election.

Associated Press reported Thursday that Edinburg Mayor Richard Molina is charged with organized election fraud and two counts of illegal voting for allegedly running an illegal scheme to have voters including some living in an apartment complex he owned to falsify their official addresses to be eligible to vote for him.

A spokeswoman for the city, which contains about 50,000 residents, told reporters that the mayor “very adamantly” denies the charges at a press conference, according to the AP.

“Voter fraud is an affront to democracy and places the decision-making authority of the Texas electorate in the hands of those who have no right to make those choices,” Paxton said. “Voter apathy is caused by rigged elections with guaranteed outcomes.”

Molina, a former police officer in the city, took office in 2017 and at the time pledged reforms to city government, including term limits and a separation of powers between the mayor's office and the city's economic development council.

“Changes are to be made starting today,” Molina said in 2017 during his inaugural address, according to Texas Scorecard. “Today is about the people who have spoken and taken action.”