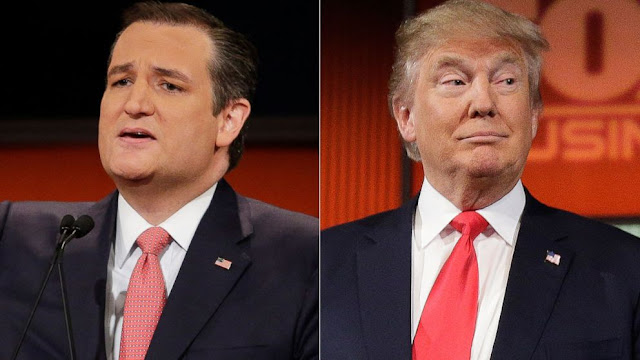 Sen. Ted Cruz (R-Texas) said on Wednesday that it would be "devastating" if President Trump closes the U.S.-Mexico border, joining a chorus of Republicans pushing back against the idea.

“Closing the border to legal commerce would be devastating to Texas. Millions of jobs, in Texas and across the country, depend upon trade with Mexico, and the federal government shouldn’t do anything to jeopardize those jobs," Cruz said in a statement.

He added that while the United States needs to "secure the border," Trump shouldn't punish individuals "who are legally crossing the border."

"The answer is not to punish Texas farmers and ranchers and manufacturers and small businesses. Closing legal points of entry would harm American commerce and legal transit between Mexico and the United States, and leave coyotes and human traffickers to roam free in the wilderness of our unsecured border," Cruz continued.

Trump set off alarm bells on Capitol Hill after he told reporters that he would either shut down the border or "close large sections of the border" if Congress doesn't pass stricter immigration laws.

"A lot of us don't think that closing the border is a good idea and hopefully he'll come to that conclusion too," Sen. John Thune (R-S.D.), the No. 2 Senate Republican, told reporters this week.

“I really wanted to close it. But now Mexico is saying, ‘No, no, no.’ First time in decades," Trump said during remarks at the National Republican Congressional Committee's annual spring dinner.

Cruz added in his statement on Wednesday that Democrats needed to support funding for the U.S.-Mexico border wall, and close "loopholes" within the U.S. asylum system.

"Our broken immigration system and years of unwillingness to secure our southern border has produced a security and humanitarian crisis. Human traffickers, drug traffickers, and criminal cartels are responsible for suffering and misery and death," he said. "And Democratic obstructionism — fueled by a partisan hatred for President Trump —has blocked Congress from fixing the problem."