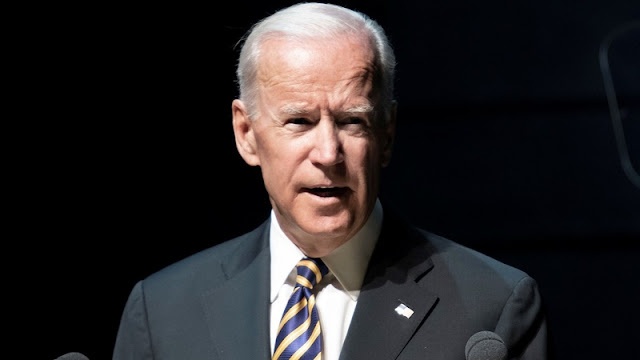 A Connecticut woman said Monday that Joe Biden touched her inappropriately and rubbed noses with her while at a 2009 political fundraiser in Greenwich, the second such allegation against the former vice president in the past week.

"It wasn’t sexual, but he did grab me by the head," Amy Lappos told the Hartford Courant on Monday.

"He put his hand around my neck and pulled me in to rub noses with me. When he was pulling me in, I thought he was going to kiss me on the mouth."

Lappos, who was a congressional aide to Rep. Jim Himes (D-Conn.) at the time, first posted about the alleged incident under a pseudonym in a Facebook group called Connecticut Women in Politics on Sunday.

She said that she never filed a complaint about the interaction but believes Biden crossed a line.

"I never filed a complaint, to be honest, because he was the vice president. I was a nobody," Lappos told the Courant. "There’s absolutely a line of decency. There’s a line of respect. Crossing that line is not grandfatherly. It’s not cultural. It’s not affection. It’s sexism or misogyny."

A spokesperson for Biden did not immediately respond to a request for comment on the alleged incident.

Biden is widely expected to enter the 2020 presidential race soon, and allegations of inappropriate behavior could torpedo his campaign.

Lappos decided to come forward with her story after former Nevada state assemblywoman Lucy Flores (D) alleged Friday that Biden had inappropriately touched and kissed her.

Flores wrote that at campaign rally supporting her bid for lieutenant governor in 2014, Biden put his hands on her shoulders, sniffed her hair and kissed her on the back of her head.

"The vice-president of the United States of America had just touched me in an intimate way reserved for close friends, family, or romantic partners — and I felt powerless to do anything about it," she wrote in an op-ed published on Friday.

Biden responded to that allegation on Sunday, saying, "In my many years on the campaign trail and in public life, I have offered countless handshakes, hugs, expressions of affection, support and comfort. And not once — never — did I believe I acted inappropriately."

"If it is suggested I did so, I will listen respectfully. But it was never my intention," he added.

On Monday, a spokesperson for Biden pushed back strongly in a message to reporters against the "cottage industry of lies" he said has formed about the former vice president supposedly crossing a line between affectionate and inappropriate in multiple incidents, warning that context is important.