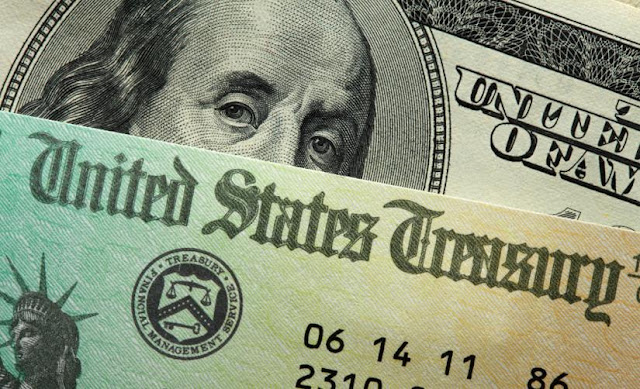 Earlier this week, headlines blared about the latest trustees’ reports showing, again, that Social Security and Medicare are on unsound footing and headed for collapse in just 15-20 years.

The biggest news seemed to be that the Social Security Trust Fund was quickly depleting its money. As the Wall Street Journal put it, “Social Security’s costs are expected to exceed its income in 2020 for the first time since 1982, forcing the program to dip into its nearly $3 trillion trust fund to cover benefits.” And the latest projections are that, that trust fund will be completely depleted within just 16 years.

There’s no disputing this timeline is troubling, but everyone seems to be missing the bigger picture: The “trust fund” itself exists only on paper.

When it comes to addressing entitlement spending, there are generally two camps that unsurprisingly fall along partisan lines. Many on the left suggest that concerns about entitlements are little more than fear-mongering by Republicans who want to slash benefits for the poor and less fortunate, while giving breaks to their fat-cat corporate donors.

Of course, there’s a much softer form that sees the problem as minor when compared to other issues and otherwise easy to address (after all, they would argue, we can just raise taxes).

The alternative view from most on the right (and many in the center) who are concerned about the national debt is that entitlements are the primary problem looming ahead. We have to address them now, this camp argues, to avoid huge fiscal problems down the road — problems so large that no tax hikes could fill the gap.

These perspectives are all but polar opposites, but both share the belief that if entitlements are a problem, then they are a future problem.

There might be disagreement as to when consequences will arise, but all seem to agree someone else will bear the brunt — be they the proverbial children and grandchildren or policymakers at some amorphous point at least a decade in the future.

These underlying perspectives, and the headlines from earlier in the week that reflect them, share a fatal flaw. To understand it, we have to consider how the trust funds truly operate.

Those of us old enough to remember the 2000 election will most likely recall the famous debates over the “lock box” — that is, whether George Bush would commit, like Al Gore, to putting Social Security funds aside to prevent them from being “raided” for other purposes. It’s a discussion that looks quaint by comparison to our current political climate.

But what Bush and Gore knew then is something that many have since forgotten: The supposed trust funds are not tangibly real. Perhaps they do exist, but only in the same way that unicorns and leprechauns do: on paper and in the minds of those who choose to believe in them.

The $3 trillion that many sources suggest will be drawn down as benefits begin to outstrip payroll taxes doesn’t exist in any real sense — and it never has. There’s no government fund where Social Security has been put aside for recipients when they reach retirement age.

Rather, the $3 trillion is an accounting truism that represents the difference between payments and receipts that has accrued over the existence of the program. And that money was already used for other purposes long before Bush and Gore had their debate.

To put it differently:

In other words, when the program’s shortfalls continue to increase, more funding is just pulled from elsewhere in the federal budget to ensure those checks continue being sent out.

A similar phenomenon occurs within the program, too. When Social Security’s Disability Insurance program faced a funding shortfall a couple of years ago, Congress utilized an easy “fix” — they transferred funds from the rest of the program to cover the worsening shortfalls in disability. No funds actually changed hands then, either.

What this all means today is that Social Security is not “16 Years from Insolvency.” Rather, it is already insolvent. The major difference is that going forward, the problem will be driven more by imbalances within the program itself.

Ultimately, Social Security cannot meaningfully be separated from the rest of the federal budget, and therein lies the problem.

In the past, lawmakers have used the “surpluses” within Social Security as a way to pay for other priorities, but will soon face a world in which that option no longer exists — and they must choose between across-the-board cuts or skyrocketing deficits.

The idea that we have 16 years to wait and then we will cross the threshold into disaster is not just misguided; it can lead to a false sense of complacency today.

The reality is that Social Security will look much the same the day before “the funds run out” as it will the day after — deeply broken, unsustainable, and crying out for politicians brave enough to make hard choices for reform.