Pentagon to expand role of US troops at Mexico border 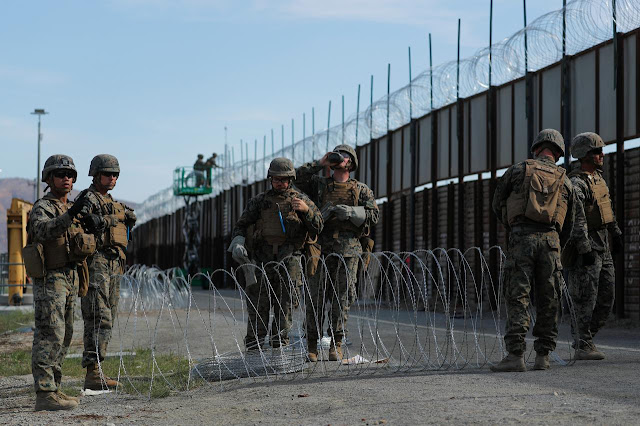 Acting Defense Secretary Patrick Shanahan on Friday is expected to approve a new policy that would ease restrictions on troops interacting with migrants entering the country, a move that would expand the military's activities at the U.S.–Mexico border, The Washington Post reported.

Shanahan will reportedly sign off on a request from the Department of Homeland Security to allow military lawyers, cooks and drivers to help with handling migrants entering the United States.

Senior Defense Department officials recommended that Shanahan approve the request, which would require authorizing waivers for about 300 troops, the Post reported. A 2006 policy currently prohibits military personnel from coming into contact with migrants.

The waiver would come after the Pentagon this month approved a March request from the Department of Health and Human Services to find housing for as many as 5,000 unaccompanied migrant children. The Defense Department would not oversee the housing of the children.

Asked last week whether he could rule out that U.S. troops will be involved in the detention of migrants, Shanahan said, “We don't do law enforcement.”

There are now roughly 3,000 active-duty service members at the southern border after Trump first deployed troops last year to assist in addressing a migrant caravan traveling to the United States from Central America.

Those troops are in addition to about 2,000 National Guard members who were deployed in April 2018 to assist in border security.

The Pentagon has approved one request since October to waive the restrictions on interactions, allowing troops to provide emergency medical care to migrants.