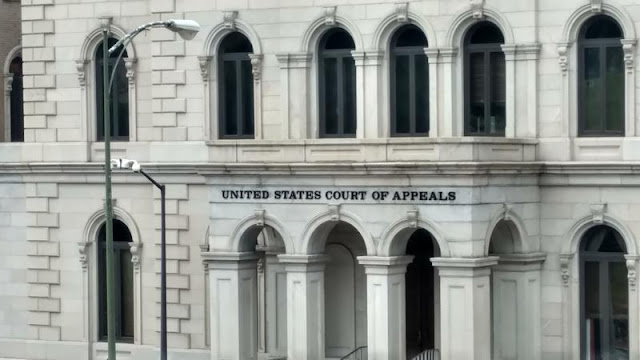 A federal appeals court ruled Tuesday that apprehended migrants do not have the right to be held in the same state as their children while in detention, thrusting the issue of migrant family separations back into the spotlight.

The U.S. Court of Appeals for the Fourth Circuit affirmed a district court’s ruling that migrants do not have a “due process right to family unity.”

“On the merits, we, like the district court, have been unable to find a substantive due process right to family unity in the context of immigration detention pending removal,” the appeals court wrote in its ruling.

“To be sure, there are decisions that recognize the ‘power of parents to control the education of their own’ children…and the ‘fundamental right to make decisions concerning the rearing’ of one’s children…but those decisions hardly support the asserted right to be detained in the same state as one’s children, the right to be visited by children while in detention, or a general right to ‘family unity’ in the context of detention.”

The appeals court also wrote that it would heed decisions from the Supreme Court cautioning lower courts against “innovating” regarding due process rights.

The ruling comes out of a lawsuit brought against the Department of Homeland Security (DHS) and U.S. Immigration and Customs Enforcement (ICE) by two migrants and their children. The family had resided in Virginia and were detained at the Farmville Detention Center in Farmville, Va. until one of the parents was transferred to a detention facility in Texas.

Though both parents have been released on bond since the district court’s ruling, they claim they are subject to re-detention by ICE at any time” and thus would “remain at risk of sudden transfer out of reach of their children.”

The Trump administration faced an avalanche of criticism last year over its now-revoked “zero-tolerance” policy, which led to a spike in family separations at the border as a means of trying to deter migrants from illegally entering the U.S. Democrats focused on the unpopular policy in the 2018 midterm elections, which saw a blue wave usher in a Democratic House majority.

The ruling comes as President Trump doubles down on other hardline immigration policies, including overseeing a purge of DHS’s leadership, weighing efforts to overhaul asylum laws and mulling a plan to send detained migrants to so-called “sanctuary cities” to retaliate against his political enemies.