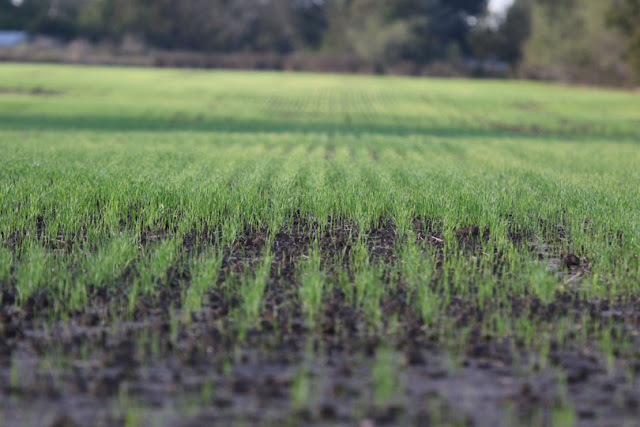 Wheat acres across the Lone Star State are expected to be on par with 2018 numbers, despite an extremely wet fall, AgriLife Extension Economist Bill Thompson said.

“North of Abilene, areas received 40 inches of rain in six weeks,” he said. “We were afraid a lot of farmers wouldn’t be able to get their fields planted. There may be individual farmers who didn’t get in, but it appears most did.”

Wheat in the High Plains and Panhandle are in varying conditions, according to AgriLife Extension Agronomist Dr. Jordan Bell. October rains helped early planted wheat, but recent dry weather has deteriorated some of the crop.

“Ungrazed, irrigated wheat is in good condition,” Bell said. “Early planted wheat that has been grazed is looking bare. Cattle were pulled off many pastures early because there has not been the precipitation to sustain regrowth.”

Late-planted dryland wheat is struggling, she said. Farmers are seeing thin stands and have a considerable amount of weeds.

“If prices don’t change and producers are looking at $4 a bushel, that won’t get it done,” Thompson said. “Our costs are more than that.”

Farmers will face a difficult decision as the season progresses, he said. They can either graze out their fields and hope for better profits at beef markets or bale their wheat and hope grain prices improve.

“It’s time for them to make that decision,” he said. “It could be that year where they can do better grazing it out or baling it because hay has been at a premium. They’re just going to have to look at their options and put a pencil to it.”