Release of Mueller probe could be a boost for Trump 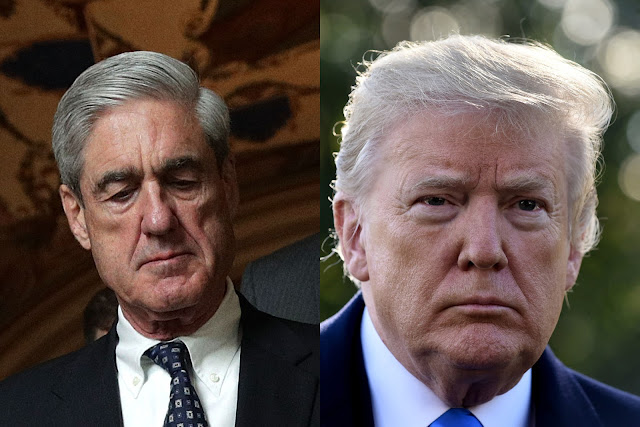 Special counsel Robert Mueller has submitted his report to the Department of Justice, ending his investigation into election meddling and potential collusion between the Trump campaign and Russia.

In an important win for President Trump, the Mueller report made no new recommendations for indictments, and there is every indication we will not see any substantial new developments within the Trump campaign’s orbit.

It is hard to overstate how positive of an impact this has for the president’s 2020 reelection campaign.

I have long argued for the importance of the Mueller investigation in order for the American people to get answers and, once and for all, settle the issue of Russian involvement in the 2016 election.

In total, the Mueller investigation brought criminal charges against 30 people and as many as three dozen companies, which signaled that there was indeed wrongdoing by specific individuals associated with President Trump and his campaign. This is not new information, especially in light of the sentencing of President Trump’s former campaign manager, Paul Manafort, just weeks ago.

I find this to be an important moment for the country, one in which it finally can move past the 2016 election and look forward to the 2020 campaign that, in many regards, is already underway.

Yet, if the House Democrats somehow feel emboldened to take up new investigations now that the Mueller probe is complete, there is real concern that their continual pursuit of the president will look like overreach to many Americans.

To be sure, this would be viewed negatively by the many moderate and suburban voters who swung the House to the Democrats in November’s midterm elections.

A useful example to consider would be how the Republicans overreached and persistently pursued investigations of President Bill Clinton in 1998, after the Starr report had been completed.

The zealous Republican overreach at that time, continuing to pursue a president who already had been acquitted in congressional impeachment proceedings, led to remarkable Democratic victories in the subsequent 1998 midterms.

In fact, because of the Republicans’ partisan agenda against President Clinton in 1998, that year’s midterms became the second time in U.S. history, since the Civil War, that a president's party actually gained seats in a midterm election and actually disrupted the historic trend of voters getting a “six-year itch” against a sitting two-term president.

Today’s Democrats must take note that, throughout the two-year Mueller probe, the Department of Justice did not find any instances in which the investigation “was so inappropriate or unwarranted under established Departmental practices that it should not be pursued.”

Put another way, Mueller was given all of the latitude he needed to complete a thorough and comprehensive report that answered all questions of potential collusion between the Trump campaign and Russia.

Despite the obvious temptation to continue investigating President Trump, based on political differences and an intense dislike of him as an individual, the Democrats must put this issue to bed.

The Mueller investigation is over, and the president will not be indicted.