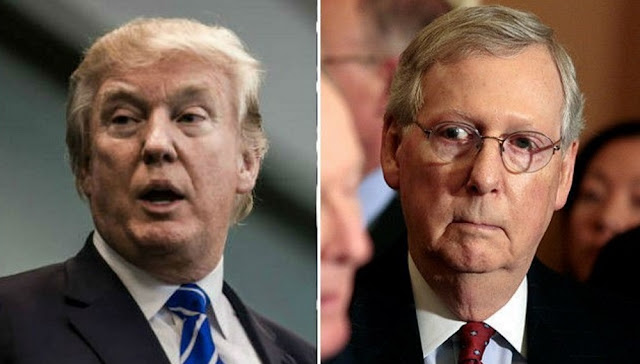 Senate Majority Leader Mitch McConnell (R-Ky.) signaled on Tuesday that he is open to changing the president's national emergency powers as support grows within the GOP caucus for amending the National Emergencies Act.

"We're looking at some ways to revisit the law. There's a lot of discomfort with the law. ... Was it too broad back in the '70s when it was passed? So yeah, we're discussing altering that," McConnell told reporters during a weekly press conference.

A growing number of Republican senators have expressed interest in amending the National Emergencies Act to make it easier for Congress to terminate a national emergency.

The discussion is focused on future national emergencies but comes days before the Senate will vote on a House-passed resolution of disapproval blocking Trump's emergency declaration at the border.

Sen. Mike Lee (R-Utah) is expected to introduce legislation that would require Congress to vote to approve future national emergency declarations within 30 days before they automatically expire.

McConnell, asked if he would support Lee's legislation, told reporters that he "may well" back it. Sen. Roy Blunt (Mo.), another member of GOP leadership, has said he's co-sponsoring Lee's bill.

Trump's emergency declaration has sparked an intense, lengthy debate among Republicans about separation of powers. Though Republicans largely support Trump's desire to build a wall on the U.S.-Mexico border, they are worried about the precedent his actions could set for a future Democratic president to force through proposals on issues such as climate change and gun control.

Senators say they are in talks with the White House about changes to the National Emergencies Act.

Vice President Pence met earlier Tuesday with a handful of Republican senators who are undecided on the resolution of disapproval, though members of leadership have expressed skepticism that an eleventh-hour agreement would be enough sink the resolution blocking Trump's emergency declaration.

Even if they aren't able to get a deal, GOP senators said they expect the caucus debate over changing the National Emergencies Act will continue after this week.

"We're going to put forward some proposals on that," said Sen. Rand Paul (R-Ky.), one of the four Republicans who have said they will support the resolution of disapproval.