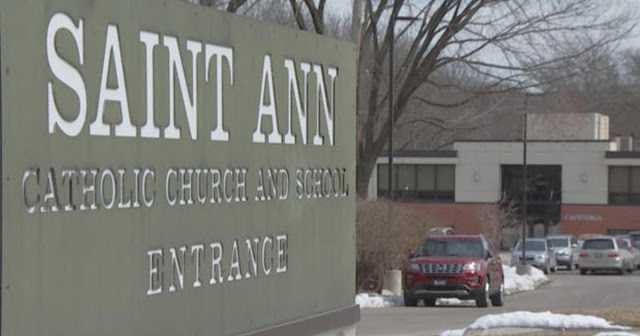 Hundreds of Catholics throughout the Kansas City area have signed a petition in protest of a Catholic school’s policy not to admit children of same-sex couples.

Saint Ann Catholic Church and School sparked outrage among parents after pastor Father Craig Maxim sent an email to families explaining the school’s decision to not admit a kindergartener who is the child of a same-sex couple, according to the Kansas City Star.

Maxim said in his initial email to families that the Archdiocese of Kansas City in Kansas advised him against admitting the child.

The petition, addressed to Archbishop Joseph Naumann and school Superintendent Kathy O’Hara, has been signed by over 1,000 people as of Wednesday night, according to CBS News.

It asks the officials to reconsider the ban, saying it “lacks the compassion and mercy of Christ’s message.”

The petition, which is signed by members of the St. Ann parish as well as others in the area, notes that the school accepts non-Catholic students and that other dioceses in the area do not ban students based on their parents’ sexual orientation.

“We recognize the complexities of morality, politics and theology in modern times,” the letter reads. “We hope that you can recognize what may seem to be the shifting of values as actually the welcoming of tolerance, love, understanding and mercy.”

The petition also quotes the school’s motto, a passage from Corinthians: “Let everything you do be done in love.”