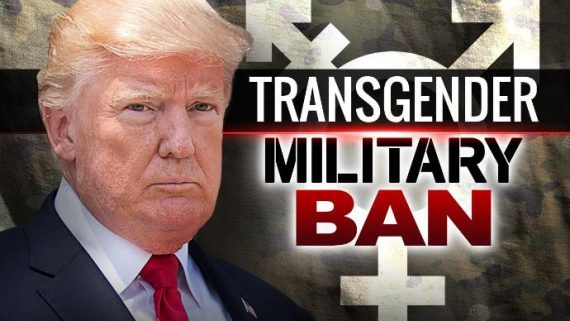 A federal judge on Tuesday said her injunction preventing President Trump’s transgender military policy from taking effect remains in place days after the Pentagon released a memo to implement the policy.

In a three-page order, Judge Colleen Kollar-Kotelly of the U.S. District Court for the District of Columbia wrote that “defendants were incorrect in claiming that there was no longer an impediment to the military’s implementation of the [transgender policy] in this case.”

Asked whether the order will affect plans to implement the policy on April 12, a Pentagon spokeswoman said the department is “consulting with the Department of Justice on next steps.”

The spokeswoman referred further questions to the Justice Department, which declined to comment.

Last week, acting Deputy Defense Secretary David Norquist signed a memo implementing a policy that would ban most transgender people from serving in the military. The memo makes the policy effective April 12.

The memo came roughly a week after a federal court ruled to lift the last of the injunctions preventing Trump’s policy from taking effect.

A federal judge in Maryland ruled he had no choice but to the lift the injunction after the Supreme Court in February ruled 5-4 to lift two other injunctions.

But the Trump administration and advocates for transgender troops continued to fight over whether a fourth injunction remained in place despite the U.S. Court of Appeals for the District of Columbia’s January ruling to lift it.

The plaintiffs in that lawsuit argued the injunction holds until they decide whether they want a rehearing in front of the appeals court’s full bench. The deadline for them to decide is March 29.

In Tuesday’s court order, Kollar-Kotelly agreed, saying the D.C. Circuit Court’s judgment is not final until it issues a mandate after the deadline passes.

“The Trump administration cannot circumvent the judicial process just to fast track its baseless, unfair ban on transgender service members,” Jennifer Levi, the director of the Transgender Rights Project of GLBTQ Legal Advocates & Defenders, said in a statement. “The dedicated transgender troops who show up every day to do their duty and serve their country deserve justice, and that includes requiring this administration to follow the ordinary rules of judicial process.”