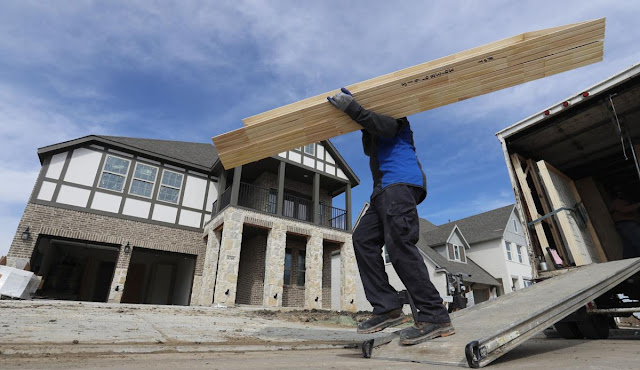 Orders for manufactured good and spending on construction rose in January, according to federal data released Wednesday, the latest signs of recovery for the U.S. economy from a dismal end to 2018.

New orders for manufactured goods also increased 0.4 percent in January, and inventories of those products also rose 0.4 percent, according to the Census Bureau.

The solid uptick in construction spending and manufacturing orders reflects a rebound for the U.S. economy after a string of disappointing data from December. Retail sales, home sales, home constructions and exports all dropped in the final month of 2018 amid major financial market volatility.

The U.S. economy is expected to slow slightly in 2019 after growing by close to 3 percent of gross domestic product in 2018. Economists say that the recovery from the 2008 recession has likely peaked, and further growth will be restrained by fading fiscal stimulus from tax cuts and severe downturns in Europe and China.

While the White House has projected 3-percent growth through 2024, public and private sector economists have estimated a much lower figure. The Federal Reserve and Congressional Budget Office both projected a 2.3 percent growth rate in 2019.