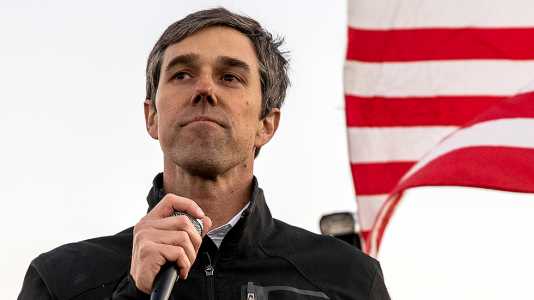 Beto O'Rourke raised just over $6 million in the first 24 hours after he launched his presidential bid, his campaign announced Monday, exceeding the amounts raised by his 2020 rivals.

O'Rourke's campaign said it took in $6.1 million in online contributions in the day after he announced his run for the 2020 Democratic nomination on Thursday morning. The El Paso Democrat's total topped that of any other candidate who disclosed their fundraising haul for the first 24 hours of their campaign.

"In just 24 hours, Americans across this country came together to prove that it is possible to run a true grassroots campaign for president — a campaign by all of us, for all of us, that answers not to the PACs, corporations, and special interests but to the people," O’Rourke said in a statement.

O'Rourke proved to be a fundraising juggernaut during his unsuccessful campaign last year to unseat Sen. Ted Cruz (R-Texas), bringing in millions of dollars. He said Saturday that he was not planning any large-scale fundraisers during his presidential campaign, and that he would not accept any lobbyist or PAC money.

Sanders, who announced his second bid for president late last month, raised roughly $5.9 million in the first 24 hours of his campaign. Soon after the 24-hour mark, that number had risen to $6 million, according to his campaign.

Harris raised $1.5 million in the 24 hours after announcing her presidential bid last month, matching Sanders’s initial haul from his 2016 campaign.

Klobuchar raised more than $1 million in the 48 hours after she formally launched her Democratic presidential bid, her campaign said.

O’Rourke apologized one day after his campaign launch for joking that his wife has been raising their children "sometimes with my help."

“Not only will I not say that again, but I'll be more thoughtful going forward in the way that I talk about our marriage," O’Rourke said during a recording of the podcast "Political Party LIVE!" in Cedar Rapids, Iowa, according to CNN.

The former three-term Texas congressman also said he would be more thoughtful in "the way in which I acknowledge the truth of the criticism that I have enjoyed white privilege."