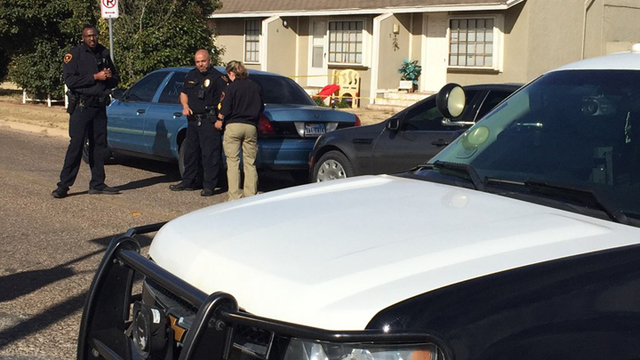 The Lubbock Police Department is investigating the discovery of a deceased male Friday morning at Lakeview Apartments located at 2102 38th Street.

Just before 9 am, the Lubbock Police Department received a call from the apartment complex landlord referencing a possible deceased person in apartment unit #5. Officers arrived and located a deceased male inside the apartment.

Investigators with the Metro Special Crimes Unit arrived on scene to immediately begin an investigation in the death.

The deceased individual has been identified as 51-year-old Cristino Gil Ortiz. Ortiz has been known to be homeless and was recently provided housing by Vetstar at Lakeview Apartments. He began living in apartment unit #5 around November of 2018 and is the last known person to live there. Ortiz was also known to live in the Amarillo area for several years.

At this time, the circumstances surrounding his death are unclear. The time of death is also unknown, but detectives believe his death occurred sometime in December or January.

Detectives are asking for the public’s help with the investigation. Anyone with information on Ortiz, his acquaintances, his routines, and activity around apartment unit #5 from November through January are asked to call Crime Line at 806-741-1000. Callers can remain anonymous and could be eligible for a reward up to $5,000.

This case remains under investigation by the Metro Special Crimes Unit.