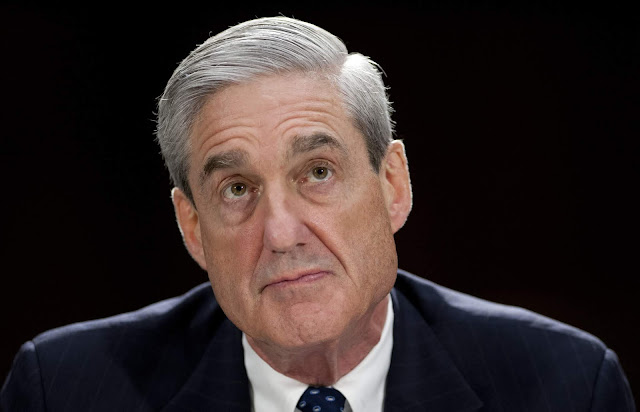 “Whom did Donald Trump Jr. speak to on his phone in between calls setting up the June 2016 Trump Tower meeting with Russians?” That is the question the New York Times asked about “one of the more tantalizing mysteries of the whole Russia affair” in a glossy report on the campaign.

Hundreds of stories referenced the “blocked numbers” and speculated that those belonged to President Trump, who wanted an update on collusion efforts from his son. Last year, when asked by Wolf Blitzer of CNN if he was confirming that Trump Jr. phoned his father, House Intelligence Committee member Andre Carson simply said, “Stay tuned.” So we did, until this week, when it was revealed that Trump Jr. apparently phoned two business associates. The mystery over the blocked calls follows a series of overhyped collusion points that failed to pan out.

With the approaching final report from special counsel Robert Mueller, it may be useful to consider the current state of the collusion case. After dozens of indictments and filings, there is much that has been disclosed by the special counsel on Russian linkages and contacts. Congress and the media also have disclosed a fair degree of evidence from witnesses called before the federal grand jury and committees on Capitol Hill.

However, the publicly known case for collusion remains strikingly incomplete, if not incoherent. What is uniformly missing from the cottage industry of collusion theories is an acknowledgment of the threshold requirements of an actual crime. There is no crime in “colluding” with Russians without some cognizable criminal act or conspiracy to commit such an act. While some have dangerously stretched the criminal code to incriminate Trump, the most obvious viable and crime remains hacking into the email systems of the Democrats.

Mueller has thoroughly identified and detailed the Russian hacking and trolling operations to influence the 2016 election. Yet, these filings notably lack any link to the Trump campaign, let alone advance knowledge or support for the Russian operation. Indeed, key links have become even more implausible as part of a conspiracy with Russian intelligence.

First, there is the question of why Russian intelligence would tell the notoriously unpredictable and impulsive Donald Trump about one of its riskiest international operations in decades. Russian spymasters are not known for putting entire operations, or the future of Russian foreign relations for that matter, just one tweet away from utter destruction.

Second, there is the curious pattern of Trump officials trying to find contacts at WikiLeaks to obtain the Hillary Clinton emails. If there was such collusion, why were Trump associates like Roger Stone or Alexander Nix, who led consulting company Cambridge Analytica that worked for the Trump campaign, seeking contacts with access to the information?

Third, even Trump associates like Michael Cohen, who actively sought contacts with Russians about business in Moscow, also seemed to get nowhere. Indeed, Cohen had to try to contact aides to Vladimir Putin through public mailboxes on the internet. Like the Trump Tower meeting, the efforts made by Cohen during the campaign had failed miserably.

The public record reveals more confusion than collusion in the Trump campaign. If this was a grand conspiracy, there is a paucity of American conspirators and a plethora of clueless associates searching for access to WikiLeaks material. Indeed, in his indictments of various Russians, Mueller expressly said that any contact with them was unwitting, which happened also to be point emphasized by Deputy Attorney General Rod Rosenstein.

This all brings us to some type of “post hoc” conspiracy, or in this case, a “post hack” conspiracy. The problem with this theory is that it is not a crime to seek access to material from organizations like WikiLeaks or other whistleblowers. If it were a crime, then journalists, campaigns, and public interest group all would be subject to regular criminal prosecution.

Indeed, the Clinton campaign spent massive amounts of money to fund the work of former British spy Christopher Steele and opposition research firm Fusion GPS to seek dirt on Trump from foreign sources, including Russian intelligence. The Clinton campaign then repeatedly denied its connection to that opposition research, until after the election when reporters found evidence that it hid its funding as legal expenses. Was that some crime of collusion or conspiracy before or after the fact? No. Likewise, it did not become a crime when Fusion GPS officials refused to testify before Congress, invoking the privilege against self incrimination.

The absence of a cognizable crime has not stopped conspiracy theories based on key alleged collusion points. There was the Steele dossier, which the Justice Department and FBI during the Obama administration used to secure secret surveillance against Trump aides like Carter Page, who has never been charged with a crime. Finally, there was the Trump Tower meeting. Nothing fits a collusion theory better than some secret meeting with Russians in Trump Tower. The president himself reinforced that image by drafting a false account of the purpose of the meeting as news broke.

However, the meeting never seemed particularly secretive, let alone exclusive, for a conspiracy. It seems nonsensical for Russian intelligence to arrange a meeting of conspirators in the most iconic location of the campaign, with half the press corps camped downstairs. Yet, the Russians dispensed with the classic hollowed out pumpkins and sought to arrange the whole thing with an email from a music promoter filled with intrigue. Moreover, the meeting seems to refute any prior or existing arrangement.

Indeed, emails had to induce the meeting by falsely promising evidence of criminal conduct by Clinton. If this were a conspiracy, one would think the Russians would do the opposite of promising to talk about adoptions of Russian children but really come to hand over Clinton dirt. The Russians did not even know who would be in attendance. In the end, all witnesses confirmed that the meeting was short and ended when it became clear the Russians wanted to talk about adoptions rather than Clinton crimes.

Finally, there is the long discussed collusion point surrounding Stone and WikiLeaks. While Mueller certainly can add charges, his indictment of Stone was based on overlapping false statements from a transcript that he only recently obtained from Congress. It does not include any collusion crimes investigated over the last two years. Indeed, Mueller does not confirm a meeting, let alone collusion, between Stone and WikiLeaks.

The last two years often seem like a concerted effort to disprove “Occam’s Razor,” the theory that the simplest explanation is usually the right one. As long hoped for links fell through, more complex theories filled the void of collusion. Yet, the simplest explanation still remains most likely, that the Trump campaign, like virtually every reporter and political operative in Washington, wanted to see the WikiLeaks material and any dirt on the Clintons, just as the Clinton campaign paid for any dirt on Trump. The Russian effort to influence our election also is neither novel nor new.

Indeed, the United States has engaged in hacking not just our enemies but our allies, as well as intervening in the elections of other countries, just as many of those same countries attempt against us. There is nothing “tantalizing” or “mysterious” in such an explanation, because it is more factual than aspirational. The boring truth is that criminal collusion theories are weaker today than they were a year ago. While Mueller has found ample basis to charge people with false statements, the record of these filings shows more confusion than collusion in the Trump campaign.
Opinion