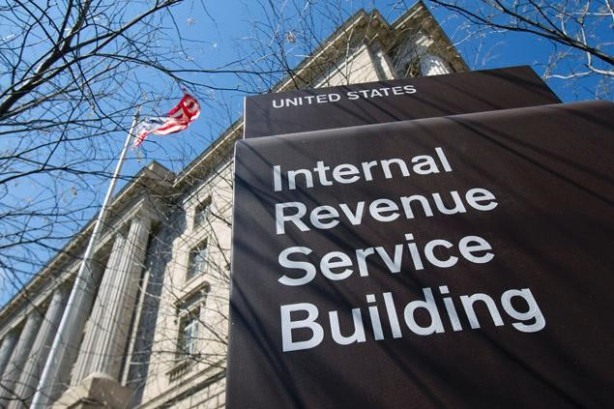 The IRS faces a number of challenges as a result of the recent 35-day government shutdown, including a backlog of correspondences and a decline in the level of service on its telephone lines, the agency’s in-house watchdog said in a report released Tuesday.

“The five weeks could not have come at a worse time for the IRS — facing its first filing season implementing a massive new tax law, with a completely restructured tax form,” National Taxpayer Advocate Nina Olson wrote in her annual report to Congress.

“The IRS is entering the filing season inundated with correspondence, phone calls, and inventories of unresolved prior year audits and identity theft cases.”

The IRS was one of a number of agencies that had its funding lapse during the shutdown, which occurred as a result of disagreements between President Trump and congressional Democrats over funding for a wall along the U.S.-Mexico border. During the shutdown, most IRS employees were furloughed or working without pay. The shutdown ended just days before filing season’s Jan. 28 start date.

The IRS said in a statement that it will be "reviewing the details" in Olson's report and said the agency is "committed to continue making improvements across our Information Technology, tax enforcement and taxpayer service operations."

Lawmakers said Monday evening that they have an agreement “in principle” to prevent another government shutdown from starting this weekend.

On Jan. 24, the day before the shutdown ended, the IRS had more than 5 million pieces of mail that hadn’t been processed, 80,000 responses to fiscal 2018 audits of returns claiming the earned income tax credit that hadn’t been addressed, and 87,000 amended tax returns that it had yet to process, Olson said.

The IRS also experienced a backlog of orders for the W-2 and W-3 forms that employers are required to file by law by Jan. 31, leading the agency to suggest that employers consider requesting extensions, according to the report.

Another area where the shutdown has caused challenges for the IRS is with its phone lines.

“The difference between FY 2018 and FY 2019 for levels of service and wait times for all phone lines at the end of the shutdown and the first week all employees returned is … shocking,” Olson said.

“Make no mistake about it, these numbers translate into real harm to real taxpayers,” Olson wrote. “And they represent increased rework for the IRS downstream, at a time when the IRS is already resource challenged.”

Olson also said the shutdown caused problems for taxpayers because the IRS was not allowed to perform certain activities during the funding lapse that protect taxpayers, such as releasing levies when taxpayers have economic hardships. She recommended that the Antideficiency Act be amended to ensure that personnel involved in ensuring taxpayer protections against enforcement actions can work during shutdowns.

Additionally, Olson called on Congress to boost the IRS’s funding so that it can modernize its outdated information technology.

“The IRS should be given additional dedicated, multi-year funding to replace its antiquated core information technology systems, so it can deliver the service and compliance activities that are expected of a 21st century tax administration,” she wrote.

The IRS praised Olson for focusing the report on "the employees of the IRS and the Taxpayer Advocate Service, who have a long, distinguished history of overcoming challenges and remain committed to providing quality taxpayer service.