In advisory, Texas implies its list of thousands of voters flagged for citizenship reviews could include naturalized citizens 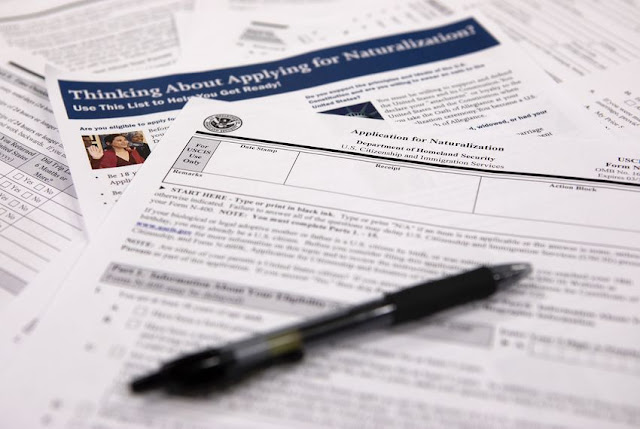 Editor's note: This story has been updated with a statement from the Texas secretary of state's office.

A week after it flagged tens of thousands of voters for citizenship checks, the Texas secretary of state’s office is now advising counties on how to check their lists for naturalized citizens — an indirect acknowledgment that legitimate voters could have been on the list from the beginning.

Those voters are in addition to the more than 20,000 others who should have been removed from the list earlier this week after state officials found they had been mistakenly included.

In a mass email sent to local election officials on Friday, the secretary of state’s director of elections, Keith Ingram, offered up additional guidance to counties looking to clear voters from their lists without sending notices demanding proof of citizenship. Among the advice he offered to those election officials “after speaking to a number of counties” was to review registration application files collected at ceremonies in which immigrants become citizens.

Last week, the secretary of state’s office announced it was sending out the names of approximately 95,000 registered voters who had provided the Department of Public Safety with some form of documentation — such as a green card or work visa — that showed they were not citizens when they obtained a driver’s license or ID card.

Spurred by the announcement, top Republicans — including President Donald Trump — publicly condemned the “illegal voter registration” in Texas and raised claims of voter fraud even before the data was sent to counties for review. But some county election officials said they almost immediately knew the reported total likely included naturalized citizens.

Driver’s licenses don’t have to be renewed for several years. In between renewals, Texans aren’t required to notify DPS about a change in citizenship status. That means many of the people on the list could have become citizens and registered to vote without DPS knowing.

Flaws in the data first emerged on Tuesday when the secretary of state’s office began calling local election officials to inform them that they had mistakenly included more than 20,000 voters who should have never been questioned because they had verified their citizenship when registering to vote at Department of Public Safety offices. Left unanswered was whether those remaining on the list included naturalized citizens who had not registered to vote in that way.

State officials confirmed to some local officials on Tuesday that the records they provided might include voters who were not citizens when they applied for a driver’s license but have since become naturalized citizens. Several officials said they asked the state to provide additional guidance in writing.

But the secretary of state’s office has not confirmed that publicly. In a statement Friday, spokesman Sam Taylor said the purpose of Friday's advisory was to "provide additional guidance to Texas counties in conducting their list maintenance activities – specifically, that they may have access to information in determining a registered voter’s eligibility that we do not maintain at the state level."

The secretary of state's office also has not confirmed whether it will send updates to the Texas attorney general’s office, which received the flawed list of voters last week even before counties received the files.

Echoing Republican Gov. Greg Abbott's efforts to recast the citizenship check as a work in progress, Ingram told local elections officials that the data the state provided was a "starting point."

“Like many other election and voter registration activities, we are working together on this,” Ingram wrote in the email. “We thank you for your feedback and continue to welcome any further feedback so that we can work together to ensure an effective and efficient process of maintaining an accurate list of registered voters going forward.”

The additional guidance to counties comes as civil rights groups and Democratic lawmakers continue to call on the state to rescind its original advisory to local election officials regarding the voters flagged for citizenship checks, pointing to the errors that have already been discovered in the state's data.

“We told the SOS what was going to happen, and this week we all saw that what we cautioned against has become true,” Andre Segura, legal director of the ACLU of Texas, said on a press call on Friday. “The list is entirely flawed.”

While officials in most of the state’s biggest counties have now said they’re cautiously deliberating how to proceed, some voters have already received notices to prove their citizenship within 30 days to avoid losing their registration. Galveston County Tax Assessor-Collector Cheryl Johnson, who oversees the voter rolls, began sending out notices on Monday. She had to follow up on many of them because they were sent out to U.S. citizens the state mistakenly flagged.

But Johnson indicated she had also sent out letters to voters who weren’t cleared by the state. On a press call Friday, civil rights advocates said four other counties — Caldwell, Blanco, Fayette and Washington — had also sent out notices.

Meanwhile, election officials in Williamson County said on Wednesday that their original list of 2,033 names had been cut in half after they removed the voters incorrectly flagged by the state and individuals they had already been able to identify as naturalized citizens.