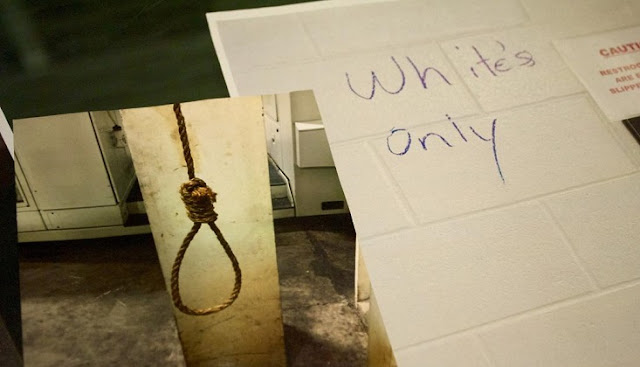 General Motors is reportedly offering $25,000 to anyone who has information regarding the presence of “whites-only” signs and nooses found at a plant in Ohio.

GM said last month that it has "zero tolerance" for discrimination after nine black employees filed a lawsuit against the company alleging racial discrimination and harassment at the factory in Toledo.

Toledo Mayor Wade Kapszukiewicz said in a letter Wednesday that GM is investigating the claims made in the lawsuit and is offering a reward for more information, according to CNN.

"I believe we have a mutual interest to use this as an opportunity to let your employees, as well as, our residents and visitors, know that we are committed to a diverse, inclusive and welcoming work environment," Kapszukiewicz wrote in the letter to GM.

The reward is offered through a CrimeStoppers program run by local police and the FBI that seeks information in unsolved crimes.

The mayor said in a statement released Wednesday that he has met with various community leaders and leadership of General Motors North America in recent weeks to discuss the incident.

"During the meeting with GM leadership, I expressed my concern regarding employees feeling safe and supported when reporting these types of incidents and ongoing efforts to ensure a workplace culture that is free from discrimination and has a ‘no tolerance’ policy for racist acts," he said.

CNN reported on the instances of harassment against black employees in an expose last month.

GM responded to the allegations and lawsuit with an internal investigation and is conducting a survey of its workforce to examine its workplace culture.

"We're outraged that anyone would be subjected to racist behavior. We have zero tolerance for discrimination -- this is not who we are. We're working to drive this out of our workplaces," GM responded to several people on Twitter last month.