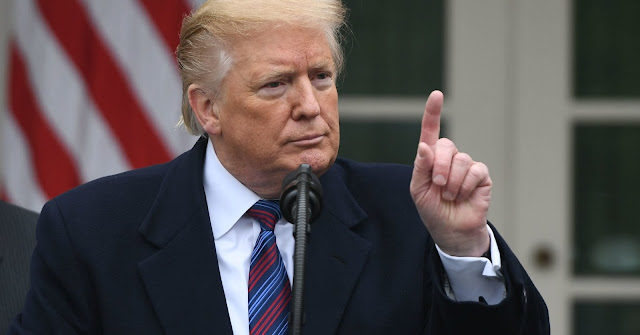 President Trump said Friday that he is considering calling a national emergency to build a wall along the U.S.–Mexico border.

“If we can do it through a negotiated process, we’re giving that a shot,” he added.

Trump's comments from the White House Rose Garden came shortly after he held a closed-door White House meeting with congressional leaders on the 14th day of a partial government shutdown.

Trump also threatened to keep 25 percent of the government shut down for years until he gets his desired funding to build the border wall.

The government entered a partial shutdown on Dec. 22, leaving hundreds of thousands of federal workers furloughed or forced to work without pay. The shutdown began following an impasse between lawmakers and the White House over Trump's demand for billions of dollars in funding for his proposed border wall.

Senate Majority Leader Mitch McConnell (R-Ky.) said earlier Friday that Trump will “designate his top people” to negotiate with congressional leaders this weekend to find a way to end the government shutdown.

“We made a plea to the president once again: Don’t hold millions of Americans, hundreds of thousands of workers hostage. Open up the government and let’s continue the discussions,” Senate Democratic Leader Charles Schumer (N.Y.) told reporters.

“It’s very hard to see how progress will be made unless they open up the government,” he added.

Trump told reporters at Friday's press conference that he didn't think the shutdown would last that long, saying Democrats want to make a deal.

Newly minted House Speaker Nancy Pelosi (D-Calif.) called Friday's closed-door White House meeting a "lengthy and sometimes contentious conversation with the president." She said both sides agreed to continue talks, but said Democrats don't believe a standoff can be resolved until the government is reopened.