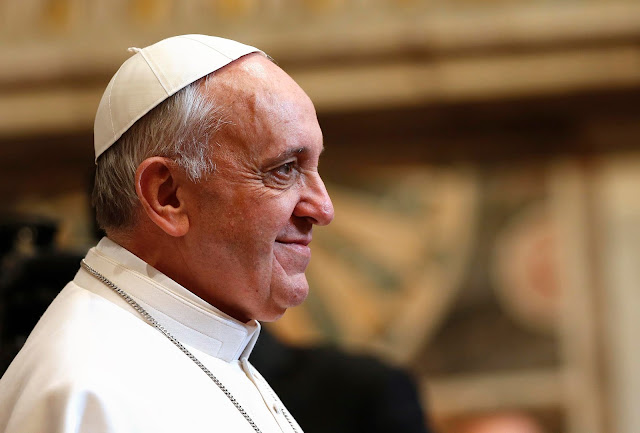 Pope Francis during an address on Monday warned against the global rise of nationalism and populism, suggesting that the world could return to the unstable period between the two world wars, Reuters reported.

Francis, addressing a room of diplomats for his annual "state of the world" address, argued that the international community should defend migrants and refugees.

He said countries around the world are "experiencing a period of difficulty, with the resurgence of nationalistic tendencies,” harming vulnerable communities including migrants, according to Reuters.

"The reappearance of these impulses today is progressively weakening the multilateral system,” Francis said, speaking to envoys from more than 180 countries.

Populist and nationalist parties rose to prominence around the world in 2018, including Hungary, Brazil, Italy, France, the Netherlands, and Poland, Reuters noted.

Francis one day earlier urged European leaders to help the migrants aboard two ships in the Mediterranean. Multiple countries have declined to allow the 49 migrants to land on their shores, leading to an ongoing deadlock.

"I make a heartfelt appeal to European leaders to show concrete solidarity for these people," the pope said during an address from the Vatican on Sunday, BBC reported.

Francis throughout his time as pope has repeatedly called for all people to welcome refugees and migrants with open arms.

The pope during his address on Monday also warned against nuclear weapons and global warming, saying the international community should be "rethinking our relationship with our planet."