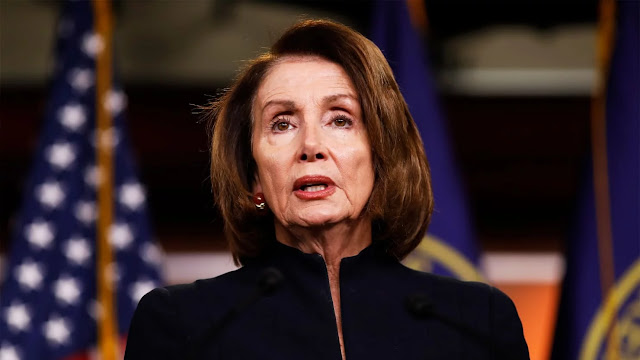 Rep. Nancy Pelosi (D-Calif.) on Thursday seized the Speaker’s gavel for the second time in a dozen years, marking an historic return to power for the nation’s first female Speaker and ushering in what promises to be a new era of oversight for President Trump and his administration.

Pelosi won the Speakership in a 219-192 vote over Rep. Kevin McCarthy (R-Calif.), the House minority leader.

Twelve Democrats voted against Pelosi, who worked to crush a Democratic insurgency that initially appeared to threaten her Speakership bid. Six Republicans voted against McCarthy.

Pelosi, 78, agreed to limit her new Speakership to a maximum of four more years in order to win over some critics within her party.

In accepting the post, Pelosi vowed to work across the aisle, when possible, but also to fight for Democratic priorities, when necessary, on issues as varied as health care, income disparity, immigration and climate change.

“[Voters] want a Congress that delivers results for the people, opening up opportunity and lifting up their lives,” Pelosi said in her prepared remarks, distributed to reporters before the vote.

The blueprint sets the stage for frequent clashes with the GOP-controlled Senate and the Trump White House — an adversarial dynamic highlighted by the current impasse over federal spending that’s led to a prolonged partial government shutdown.

The Democrats’ return to House power marks the first divided Congress since the Republicans took control of the Senate in 2015. And notably, Pelosi was quick to underscore the constitutional responsibility of Congress to act as a check on the presidency — a duty Democrats have accused Republicans of neglecting since Trump took office two years ago.

“Our nation is at an historic moment,” Pelosi said in her remarks. “Two months ago, the American people spoke, and demanded a new dawn.”

In taking the gavel a second time, Pelosi became the first lawmaker to become Speaker in nonconsecutive Congresses since Rep. Sam Rayburn (D-Texas) in 1955.

On hand to watch the historic swearing in were a host of Pelosi’s family members — including all nine of her grandchildren — and a handful of celebrities, including Tony Bennett and Micky Hart, the drummer for Grateful Dead.

On the Democratic side of the aisle, the mood was electric as virtually every lawmaker stepped up to announce their support for Pelosi — many with enthusiastic flourishes or an auxiliary message.

When it was Pelosi's time to vote, a pair of her grandchildren did a dance in the aisle.

In several respects, Pelosi faces a more grueling landscape than she did in first taking the Speaker’s gavel in 2007.

Pelosi will be squaring off against an unpredictable president with a penchant for lashing out at his adversaries — a list that has included Pelosi — and appeasing his conservative base.

Yet Pelosi will also confront challenges within her own diverse caucus, which will feature an enormous freshmen class, including a host of young ideologues vowing to fight for far-left ideals like Medicare-for-all and government guaranteed jobs.

The potential divisions were on display on Thursday, when Rep. Brad Sherman (D-Calif.) announced that he’ll use the first day of the new Congress to re-introduce articles of impeachment against Trump — an idea rejected by Pelosi and her leadership team, who are calling for a conclusion to Robert Mueller’s probe into Russian election interference before taking such a remarkable step.

Pelosi on Thursday acknowledged the challenges ahead, but vowed to confront them head on.

“We have no illusions that our work will be easy, that all of us in this chamber will always agree.  But let each of us pledge that when we disagree, we will respect each other and we will respect the truth,” she said.

“We will debate and advance good ideas no matter where they come from.”

Reps. Steny Hoyer (D-Md.) and Jim Clyburn (D-S.C.) will continue to serve as her deputies as House majority leader and majority whip respectively.

McCarthy and Rep. Steve Scalise (R-La.) will continue as the top Republicans in the lower chamber, taking on the roles of House minority leader and minority whip.