Many see 'Robin Hood' as a villain, but lawmakers rely on it to pay for schools 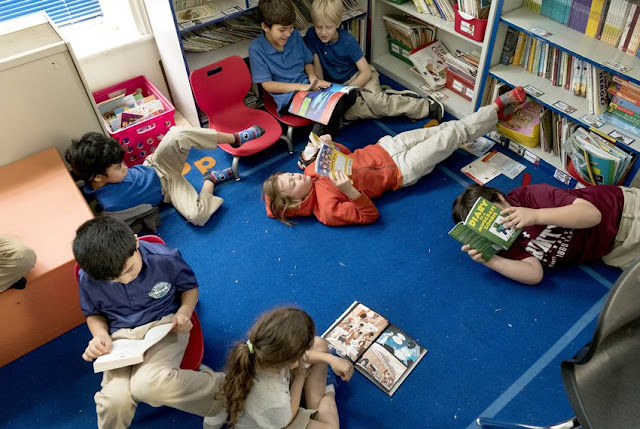 For some in the debate over how to fund Texas' schools, "Robin Hood" is decidedly a villain.

The program, baked into state education law since 1993, requires the state to take funding from school districts with higher property values within their boundaries and give it to poorer school districts that can't raise much money. It's become a symbol of everything that's wrong with the state's school finance system, invoked regularly by politicians promising to help tamp down rising tax bills.

Republican Gov. Greg Abbott tweeted this month that Texas will "begin dismantling the flawed Robin Hood scheme that has failed our schools." State Rep. Kyle Biedermann, R-Fredericksburg, pitched legislation to "stop excessive Robin Hood theft" and limit how much the state can take from wealthier districts. A couple of lawmakers have filed bills to completely strike the program from state law.

But even some of the system's biggest critics admit that completely eliminating the program will be next to impossible this session. That's because the state has set up a school funding structure that relies heavily on property taxes, and property values are unequal across the state. Without Robin Hood, schools in property-wealthy school districts would have a lot more money to educate their students than those in areas with low property values, likely exposing the whole system to more lawsuits.

And given the alternatives — like, say, a state income tax or raising other forms of taxes — lawmakers are unlikely to adopt a new system in which property taxes play a smaller role.

"The state needs a 12-step program, and the first step is to publicly admit, 'I am the state of Texas and I am addicted to local property taxes,'" said David Thompson, a lawyer who has represented both the state and school districts in lawsuits over school funding.

State Rep. Brooks Landgraf, R-Odessa, is one of the lawmakers who filed a bill that would eliminate Robin Hood, which is known formally "recapture." But he said the legislation is designed to spark a conversation about how Texas funds its schools — and that he's not sincerely leading a campaign to nix the program.

"We all understand that we have to have equity in our school funding," he said.

Landgraf represents the six-school Andrews Independent School District, home to valuable oil fields in West Texas' Permian Basin. Last year, the district sent $8.5 million in property tax revenue back to the state. That's about 30 percent of the money it collects through property taxes to run its schools.

Superintendents in wealthier school districts often argue they're giving away money that they desperately need in order to hire experienced teachers, keep art and music programs running. But Robin Hood is designed to help the poorer districts that receive that money, and those districts would have an even harder time hiring teachers and running extracurricular programs without it.

Starting in 1984, Edgewood Independent School District and dozens of other poor school districts sued the state repeatedly to force them to correct huge disparities in resources among the state's public schools. The Texas Supreme Court mandated lawmakers come up with a way to make sure poorer school districts had access to enough money to educate their students. In 1993, the Texas Legislature created Robin Hood, setting a cap on the amount wealthier school districts can keep and using money they raise beyond that cap to shore up poorer school districts.

Wealthier school districts were among the loudest early critics of the program, objecting to the idea of relinquishing money to the state that they had raised by taxing local homeowners and businesses.

"There were people who said, 'Wait a minute, that's not right. That shouldn't be a mechanism that's available to the state,'" Thompson said.

Since then, Robin Hood has come calling to collect a heftier sack of cash from more and more school districts. In 1994, 34 school districts — many of them in Texas' wealthy suburbs — sent $131 million to the state through recapture. In 2018, 185 school districts paid more than $2 billion. More of them are large urban districts primarily responsible for educating low-income students, and struggling to keep their enrollment numbers high.

Austin Independent School District is a poster child for the controversial program, because it gives up the most money to the state: $540 million last year, just under half of the property tax revenue it collected to run its schools. Its property values continue to soar, as home values increase and corporations move their operations to the capital city.

"It's very difficult to explain why recapture is not the enemy when people are being priced out of their homes and can't afford to live in the city — and property taxes are the main drivers," said Nicole Conley-Johnson, Austin ISD's chief financial officer. More than half of Austin ISD's 81,000 students are economically disadvantaged and more than a quarter need additional services to learn English, and they require more money to educate.

"The way I look at it is that we don't want any poor kids to be treated badly, but there's no reason why poor kids in Dallas and Austin should be treated better than kids in San Antonio or San Elizario," said Al Kauffman, who represented Edgewood ISD in early school finance lawsuits.

When local property values grow, the state uses that money first to pay for public education, meaning it doesn't have to put in as much. "One of the reasons people don't want to get rid of recapture is the state makes money from it," Kauffman said. "If they don't have recapture, the state would have to replace that with state money."

If you ask Scott McCown, a former state district judge who has found the school finance system unconstitutional multiple times, state leaders conjure the specter of Robin Hood to distract from the fact that they are underfunding public schools.

"What the state has been doing is living off rising property values," he said. "The state just isn't keeping up with its share of the overall load, making recapture more and more prominent and unpopular."

But school finance experts wanting to clean up Robin Hood's image are still facing an uphill battle against common misperceptions — and active misdirection — portraying it as an enemy.

For the first time in years, both chambers of the Legislature say they want to pump billions of dollars into schools from state coffers, easing up on their reliance on local money. But the state can't afford to get anywhere near eliminating the need for property taxes.

Lawmakers know that's true. So while they're galvanizing their bases against Robin Hood, they're also tempering expectations that they can get rid of the program entirely.

At one of his first press conferences after being elected House Speaker, Dennis Bonnen promised people across the state that lawmakers would figure out how to fix "our broken Robin Hood system" and reform school finance. The Angleton Republican represents a few wealthier school districts that collectively pay millions in recapture payments to the state.

When asked several days later if he planned to kill Robin Hood, Bonnen responded with a resounding no.

"That would be an ignorant thing to say because we don't have the dollars to declare it dead," he said. "If it were dead, we'd all be back in court losing on equity."