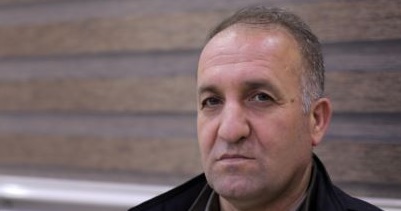 A Kurdish official in Syria on Monday said that Kurds are waiting for clarifications from the U.S. on President Trump's plan to withdraw the roughly 2,000 U.S. troops fighting alongside the Kurds in Syria.

Badran Jia Kurd told the Associated Press that the Kurdish fighters have not been notified of the position of the U.S. and said the Kurds are looking for further clarification after national security adviser John Bolton said Sunday that U.S. forces won't leave Syria until the Islamic State in Iraq and Syria (ISIS) is defeated.

Bolton, who made the comments while visiting Israel, added that the U.S. won't leave until the Kurdish fighters are protected.

"There are objectives that we want to accomplish that condition the withdrawal,” Bolton said. “The timetable flows from the policy decisions that we need to implement.”

Bolton also said there isn't a specific timetable for the withdrawal, which Trump announced last month. The announcement prompted the resignation of Defense Secretary James Mattis, who was opposed to the move.

Bolton's comments Sunday contradicted earlier statements by the president, who claimed in a December tweet that U.S. forces had "defeated ISIS in Syria, my only reason for being there."

In addition to the resignation of Mattis, Trump's initial decision sparked bipartisan criticism from members of Congress, who warned that a quick withdrawal would create a power vacuum and aid ISIS and U.S. enemies in the region.

Trump agreed last month to allow the military four months to carry out the withdrawal, The New York Times reported.