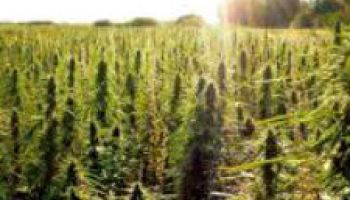 It’s drought hardy, cleans the soil and can be sold into a variety of markets. And now Texas farmers can grow it.

Before the 2018 Farm Bill was signed into law by President Donald Trump, commercial hemp production was only legal in 40 states, but not Texas.

Now, farmers must wait for the federal government to write the rules surrounding the production of hemp.

In the interim, the Texas Legislature could take action to allow its production in test plots.

“We’d like to have another tool in the toolbox for families,” Sid Miller, Texas Commissioner of Agriculture, said in an interview with the Texas Farm Bureau (TFB) Radio Network. “I mean, the commodities are not doing so well right now, so if we had the opportunity to put something in the ground and drag that bottom, get us back in the black, we’re for that. We think hemp will give us that option.”

Miller said industrial hemp production is an economic opportunity for many because it will require processors, manufacturers, the job market and rural communities.

“So, it’s kind of one of those win-win situations,” Miller said.

The provision in the farm bill does not make marijuana production legal, which is a common misconception, according to hemp advocate Michael Bowman.

“Scientifically, they’re all cannabis sativa. What delineates the two worlds is the amount of THC (tetrahydrocannabinol) that is in the plant,” Bowman said. “If you’re below 0.3 percent THC, you’re considered industrial hemp, and if you’re above, you’re considered marijuana.”

This is not the first time hemp production is legal across the U.S.

“In colonial America, if you were a farmer with more than 10 acres, you were required to set aside 10 percent of your land for hemp production for fiber, textiles and paper, and you could pay your taxes in hemp, as well,” Bowman said. “In 1862, we had 16 million acres of hemp being grown in the United States, according to the U.S. Census.”

It became illegal to grow hemp in 1969 when President Richard Nixon added it to the Controlled Substances Act.

For farmers and consumers, hemp has its benefits, according to Bowman.

It is a great bio-accumulator, is drought-tolerant and can be used to produce food and beverages, cosmetics and personal care products, nutritional supplements, textiles, paper, construction and insulation materials, super capacitor batteries, automotive products and more, according to the American Farm Bureau Federation (AFBF).

“Many claims will say there’s 25,000 uses for this plant. I call it food, feed, fuel, fiber and pharma,” Bowman said. “The biggest sector of the hemp production right now is CBD oils.”

CBD oil is growing in popularity as an alternative pain reliever, as are hemp seeds and hearts.

“The seed is identical in its omega profile to fish oils,” Bowman said.

The hemp cake that is leftover after the cold press of the seeds for the hemp oil is extremely high in protein, according to Bowman.

It’s currently being tested as an animal feed.

Demand is also growing for products like hemp-fed eggs and meat.

“We’re in that stage where there’s starting to become enough consumer awareness that the demand is starting to trickle up, and they’re asking for things the market doesn’t have right now,” Bowman said.

As far as production goes, Bowman said some existing infrastructure may be used.

“This has come up in the cotton areas of Arizona, and it would apply to Texas as well, that the cotton gins could process the hemp seed,” Bowman said.

Separating the hemp fiber from the hurd, or woody inner portion of the hemp stalk, will require the largest investment.

According to Bowman, some hemp growers are using slightly modified wheat heads to harvest their crop.

AFBF recently wrote a letter in support of McConnell’s Hemp Farming Act of 2018.

“For nearly 70 years, industrial hemp has been misaligned with its cannabis cousin, marijuana. One unfortunate result is that a great deal of agricultural heritage in hemp seed genetics, crop research, and technological innovation has been hindered or lost entirely,” AFBF President Zippy Duvall said. “However, the tide is turning, and once again policy makers in Washington D.C., and statehouses across the country recognize the tremendous potential that industrial hemp can offer farmers as an effective rotational crop with promising economic benefits.”

Annual sales of hemp products in the U.S. exceed $600 million with most of it coming from Canada, the Congressional Research Service reports.

The United States is the largest consumer market for industrial hemp products in the world. Until now, it was the only G-7 nation that doesn’t allow its cultivation under federal law.