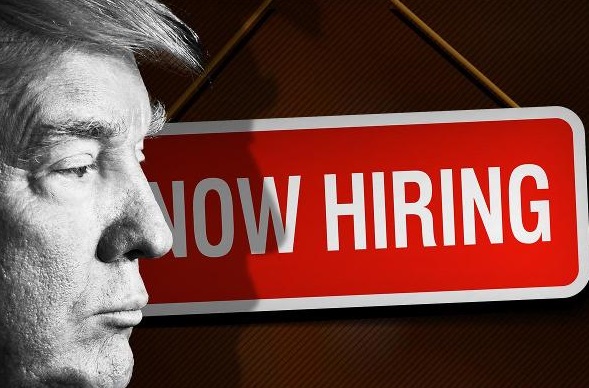 The U.S. economy added robust 312,000 jobs well above expectations in December as the labor market continues to expand even as worries grow about an economic slowdown and turbulent stock markets.

The unemployment rate ticked up to 3.9 percent from 3.7 percent, the Labor Department reported on Friday.

Economists had expected about 182,000 jobs to be added last month.

Jobs growth should ease some fears about a broader economic slowdown.

Employment gains in October and November combined were 58,000 more than previously reported.

The economy has added jobs for 98 straight months, beginning in October 2010 under former President Obama. It is the longest streak of monthly jobs growth on record.

President Trump's strategy to hit China with billions of tariffs to coax them to change their bad trade behavior has been rattling markets even as the president says the world' two largest economies try to hash out an agreement.

Trump told reporters Wednesday that there was a "glitch" in the stock market in December but he expects a recovery as his administration completes trade deals with China and other allies.

"It's going to go up once we settle trade issues and a couple of other things happen," Trump said. "It's got a long way to go."

The S&P 500 posted its worst performance since 1931, falling more than 9 percent.

The broader stock index had its worst annual showing since 2008 — when it plunged more than 38 percent during the financial crisis.