Analysis: To the relief of Texas lawmakers, voters just aren’t into state budgets 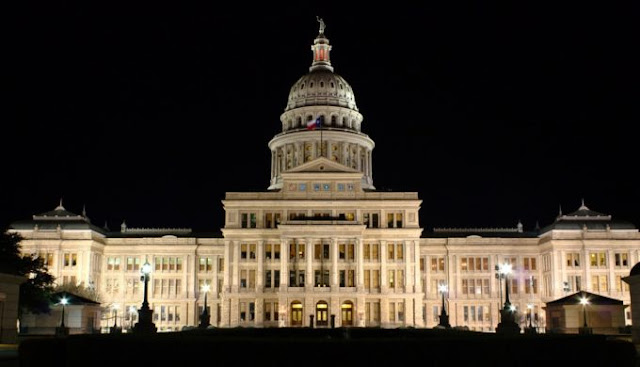 If you’re a legislator, the best thing about budgets and school finance is that they’re boring. Voters don’t watch. Headlines aren’t made. The dangers are contained.

It’s a good thing, too, because that’s where most of the bodies get buried. The budget spells out in numbers instead of words the direction that the state government will take — and implicitly, the things lawmakers have decided not to do.

When you read somewhere that Texas spends $800 million dispatching state troopers to the border — troopers who don’t have the authority to enforce federal immigration laws — that’s a policy laid out in the state budget.

When you read that the state’s Adult Protective Services workers are leaving their jobs to work in Child Protective Services for higher pay — leaving those clients at risk — look at the state budget. The pay gap came when legislators answered high turnover rates in CPS with higher pay but made no adjustment to APS pay. The APS workers who wanted raises found them in another department in the same state agency.

State government is full of examples like those, all buried in a 1,000-page two-year spending plan. Lawmakers will write their latest version in the regular session, which starts Tuesday. In advance of that, Texas Comptroller Glenn Hegar will lay out his financial forecast for the next two years — the Biennial Revenue Estimate — telling lawmakers how much money he thinks they will have available for their next budget.

It’s no exaggeration to say that almost everything the state does is at stake, along with most of what lawmakers have been telling voters they want to do. There’s school finance reform, rewriting the formulas for how public education money is distributed. Property tax proposals are on the menu, including state-imposed limits on increases in local government taxes, changes in how properties are valued for taxes, and — most expensively — efforts to lower or cap school property taxes without cutting public education spending.

That’s before you get to relief from Hurricane Harvey, or huge amounts of money needed to cover shortages in the current budget for Medicaid, or costly reforms to mental health services in the state.

The list never gets shorter; the requests for money always exceed the available amounts.

That might seem to be a formula for an upset stomach — and it might be, if you watch closely. Most voters don’t, though: It’s far too complex and moves far too quickly for the public to react, in real time, to what the budget-writers are doing. The same is true of most lawmakers: With the exception of high-profile spending and political issues — that border security money has been an example, and Harvey is a new one — most state senators and representatives rely on the experts to handle the details.

They might say nasty things about one another from time to time, but their votes on budgets and other complex legislation are largely based on trust. The lawmakers who write the budget tell their friends everything’s going to be all right, and those friends hold their noses and vote.

The promised buried in that faith usually works, too: When something goes wrong because of state funding — like the low salaries that led to high turnover in CPS a few years ago — they can fix it before it costs any elected officials their jobs.

And if they overpromise and don’t deliver — like the state did with promised property tax cuts a dozen years ago — voters usually have moved on to some other concern before elections roll around. Officeholders had a zillion reasons why those 2006 property tax cuts didn’t amount to the average $2,000 per home promised by then-Gov. Rick Perry, but never needed them. The 2008 elections were held amid a national economic crisis, and property taxes weren’t at the top of the list.

Other economic news overwhelmed them. The answers to “where’s my money?” were complicated. Voters, interested in other things at the time, didn’t hold anyone to account. Writing budgets is the only thing lawmakers absolutely have to do during a session, and might be the most important thing they do.

But the budgets they write are almost never what voters judge them on.

This article appeared at The Texas Tribune.