What to expect during a partial government shutdown 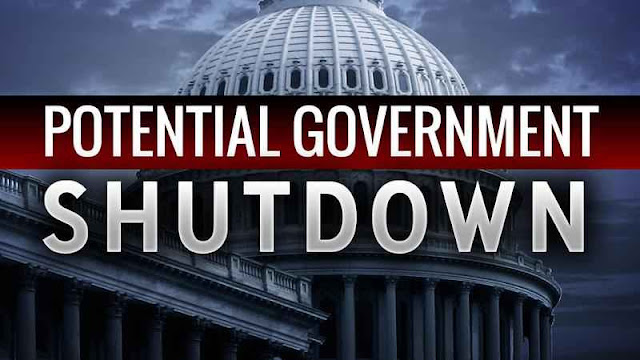 The federal government is in the midst of a partial shutdown, leading to some agencies furloughing workers and others keeping essential staff on the job.

The shutdown took effect Saturday after lawmakers failed to pass spending legislation for agencies whose funding expired at midnight.

Congress previously passed five of the 12 annual appropriations bills, meaning those areas of the government won’t be affected by lawmakers failing to reach a deal on the remaining seven bills.

The standoff this week is over whether Congress will meet President Trump’s demand for at least $5 billion in funding for his proposed wall along the U.S.-Mexico border.

Below is a guide to which agencies and workers are set to be impacted by the shutdown, and which ones would emerge unscathed.

What parts of the government are affected?

These are the seven appropriations bills, and the related agencies, awaiting funding:

The Food and Drug Administration, NASA and Smithsonian museums are among those set to be closed. The National Park Service said its parks would remain open but without staff.

What about paychecks for government workers?

Many employees at the above agencies would be furloughed and legally prohibited from doing any government work. Workers who are deemed "essential" are required to keep working.

In other words, TSA agents and other essential workers will be on duty, but they may be cranky because they’re technically not getting paid.

In the past, Congress has agreed to pay federal employees, whether they were furloughed or working through a shutdown, as part of their deal to reopen the government.

Federal workers slated to receive their paychecks on Dec. 22 will still be paid, according to the White House Office of Management and Budget. If the shutdown extends past Jan. 5, they will miss their next paycheck.

More than 420,000 employees would be required to work without pay during a shutdown, and more than 380,000 would be furloughed, according to estimates by Democrats on the Senate Appropriations Committee.

Among those who would be required to work are 41,000 law enforcement and correctional officers, including almost 14,000 FBI agents. Most of the employees at the Department of Homeland Security would also remain on the job, affecting about 54,000 Customs and Border Protection agents and 42,000 Coast Guard employees.

The shutdown also affects 163,000 cleaners and private security officers across the country, according to the Service Employees International Union.

A lapse in funding also affects the following laws and programs that expired at midnight: the Violence Against Women Act, several visa programs and the Temporary Assistance for Needy Families program.

What parts of the government wouldn't be affected?

The five annual appropriations bills that Congress passed and Trump signed into law earlier this year protect the following parts of the government from a partial shutdown:

Defense
Energy and Water
Labor, Health, Human Services and Education
Legislative Branch
Military Construction and Veterans Affairs
Despite the government shutdown, the Pentagon, the Department of Health and Human Services, veterans hospitals, all congressional staff and other agencies covered by those five bills are unaffected.

Programs such as Social Security, Medicare, Medicaid and a slew of anti-poverty programs are also not affected.

For more detailed information, The White House’s Office of Management and Budget provides a full list of instructions by agency for what to do in the event of a shutdown.