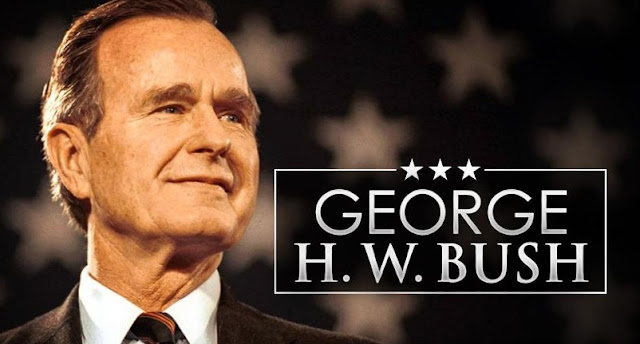 President Trump and former Presidents Obama, George W. Bush, Clinton and Carter on Wednesday will join leaders from across the world to attend the state funeral for former President George H.W. Bush.

The federal government was closed for the day as Trump declared it a day of mourning. The stock market was closed as well.

Bush was greeted with an arrival ceremony on Monday and has lied in state for public viewing at the Capitol Rotunda.

After the funeral at the National Cathedral, Bush's remains will be transported back to Houston. He will lie in repose, with a guard of honor, from late Wednesday to early Thursday at St. Martin’s Episcopal Church.

A funeral service will be held at the same church at 10 a.m. Thursday. Bush's remains will then be transported by train to Texas A&M University in College Station, Texas, where Bush will be buried at the George Bush Presidential Library and Museum.