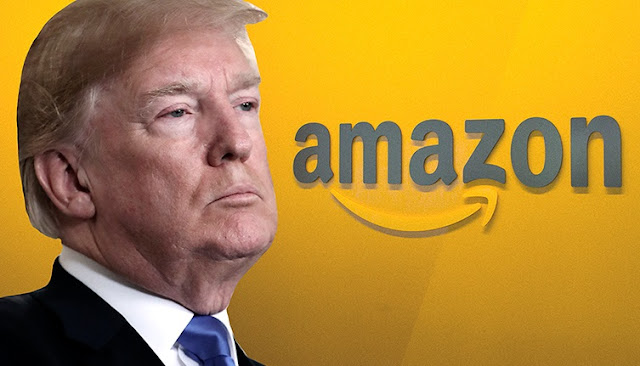 The Trump administration on Tuesday released a report that recommends the U.S. Postal Service (USPS) enact reforms that could raise shipping rates for certain packages, a move that could inflame tensions with Amazon and other online retailers.

The administration's USPS task force says the changes are needed to bring in more revenue for the cash-strapped Postal Service, which reported $3.9 billion in losses in fiscal 2018.

“Although the USPS does have pricing flexibility within its package delivery segment, packages have not been priced with profitability in mind,” reads an executive summary of the report. “The USPS should have the authority to charge market-based prices for both mail and package items that are not deemed ‘essential services.’ ”

The report recommends that the USPS divide its mail and package shipments into essential and commercial service categories. Many e-commerce shipments would fall into the latter category, which would not be protected by existing price caps and thus be subject to rate increases.

Senior administration officials say the Postal Service would be able to change package rates without an act of Congress. But such a move would likely require reworking negotiated service agreements with Amazon and other companies.

Officials pushed back on the notion the proposal was aimed at Amazon, a company that President Trump has repeatedly criticized.

"None of our findings or recommendations relate to any one customer or competitor of the Postal Service," said one senior administration official, who requested anonymity to discuss the report before its release.

The official added that "all companies" dealing in e-commerce, "including Amazon," would "be impacted by those suggested reforms."

The proposed changes were the result of a process Trump initiated in April, when he assembled the task force and called for a report after accusing Amazon of using the USPS as its “delivery boy” with a shipping deal he said was too favorable for the company.

Trump's focus on the agreement appears to stem from his animosity toward Amazon founder Jeff Bezos, who also owns The Washington Post. The president has accused Bezos of using the paper as a lobbying arm for Amazon, a claim both deny.

The report, however, covered other areas where the task force believes the USPS could shore up its finances.

It called on the Postal Service to restructure prepayments of employee retirement and health benefits, which business groups say is the main driver of its fiscal woes. But it stopped short of endorsing bipartisan legislation that would end the prepayments altogether, saying that doing so would place too much of a burden on taxpayers.

The administration is also recommending the USPS make changes to its internal management, allowing governors to set fiscal targets and allowing the Postal Regulatory Commission to have more power if the goals are not met.