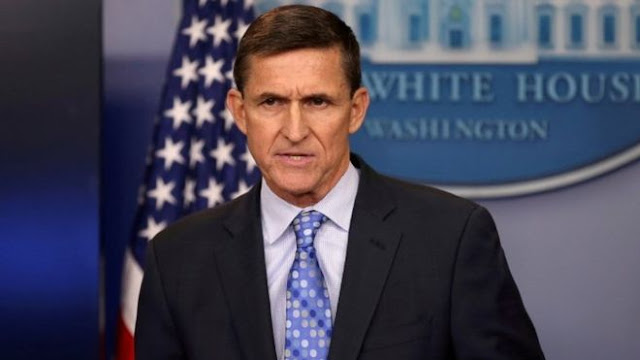 In a court filing released late Tuesday, Mueller said it would be “appropriate” for the judge to impose a sentence for Flynn that does not include prison time. Federal sentencing guidelines called for Flynn to be sentenced to between zero and six months in prison and face up to a $9,500 fine.

“The offense level and guideline range, however, do not account for a downward departure pursuant to Section 5K1.1 of the United States Sentencing Guidelines reflecting the defendants substantial assistance to the government, which the government has moved for contemporaneously,” Mueller’s prosecutors wrote in a filing on Tuesday, referring to a motion that a prosecutor files in a case where a cooperating defendant rises to the level of “substantial assistance.”

The sentencing memo filed by Mueller’s team of prosecutors on Tuesday came roughly a year after Flynn agreed to plead guilty and cooperate, which represented a bombshell development in the special counsel’s Russia investigation that brought him closer to the Trump White House.

There was broad speculation ahead of Tuesday’s filing that Mueller might reveal significant information about the extent of Flynn’s cooperation in the investigation into whether the Trump campaign coordinated with Russia in its election interference effort.

The memo and attached addendum describing Flynn’s cooperation, which total 13 pages, are heavily redacted in areas, to protect the subject of ongoing investigations. Mueller’s team also noted that Flynn’s full assistance may not yet be “fully realized” because “the investigations in which he has provided assistance are ongoing.”

Mueller’s prosecutors described Flynn in the filing as a valuable cooperator in the Russia investigation as well as an unknown criminal investigation and a third matter, the subject and details of which are completely redacted. Flynn sat for 19 interviews with the special counsel’s office and other Justice Department prosecutors over the course of nearly a year, in addition to providing documents and communications, according to the filing.

Prosecutors wrote that Flynn helped on a "range of issues" related to the Russia probe, including providing “firsthand information about the content and context of interactions between the [Trump] transition team and Russian government officials."

Last December, Flynn pleaded guilty to one count of lying to FBI agents in January 2017 about his contacts with the Russian ambassador to the United States and agreed to cooperate with Mueller’s investigation. The filing also rehashes his misstatements to FBI agents, including a second series of lies he told to the Justice Department regarding his contacts and work for the Turkish government.

Flynn in November 2016 wrote an op-ed for The Hill in which he defended Turkish President Recep Tayyip Erdogan amid growing concerns over Erdogan's crackdown on dissidents.

Flynn, a three-star Army general who once helmed the Defense Intelligence Agency under the Obama administration, became a vocal Trump surrogate on the campaign trail, memorably leading a “lock her up” chant about former Democratic nominee Hillary Clinton at the 2016 GOP convention.

Flynn went on to serve a brief stint as national security adviser but was forced to resign on Feb. 13, 2017, following revelations that he discussed sanctions with then-Russian Ambassador Sergey Kislyak and that the Justice Department had warned the White House that he was vulnerable to blackmail by Russia.

Flynn wrote in his resignation letter that he provided Vice President Pence with “incomplete information” regarding his phone calls with Kislyak, which had led Pence to go on national television and deny that the two discussed sanctions on Russia in conversations during the presidential transition.

Months after his resignation, Flynn agreed to cooperate with Mueller’s investigation.

Flynn has been widely viewed from the start as a key witness for Mueller as the special counsel looks to probe whether there was collusion between the campaign and Moscow. Mueller is also examining whether Trump obstructed justice.

Court filings made in Flynn’s case last year showed that he communicated with senior members of the transition about his conversations with Kislyak regarding sanctions.

Mueller’s prosecutors repeatedly delayed Flynn’s sentencing for nearly 10 months, a signal they were not finished debriefing him, until mid-September when Mueller asked Judge Emmet D. Sullivan to move forward with Flynn’s sentencing proceedings.

The filing comes two weeks in advance of Flynn’s sentencing in federal court in D.C. The government was required to file its sentencing memo by Tuesday, and Flynn’s attorneys have until Dec. 11 to file their own.

The crime carries a maximum sentence of five years in prison and maximum fine of $250,000, though federal sentencing guidelines call for Flynn to face much less – between zero and six months in prison and a fine of up to $9,500. Mueller also cited Flynn’s “exemplary” career in the military and public service when recommending a sentence at the low-end of the guidelines range.

Flynn is one of several Trump associates who have pleaded guilty and agreed to cooperate in Mueller’s investigation. Mueller has most recently secured cooperation from Michael Cohen, the president’s personal attorney who has admitted to lying to Congress about proposed plans to build a Trump Moscow property in order to minimize Trump’s links to the project.

Mueller is poised to make what could be significant filings in the cases involving both Cohen and Manafort later this week.

Others who have been charged with making false statements have received relatively light prison sentences, like former campaign adviser George Papadopoulos, who began serving a 14-day jail term last week.

Flynn’s sentencing is scheduled for Dec. 18, making him the fourth to be sentenced in connection with the investigation.

While his sentencing effectively marks the end of his cooperation, Flynn can still be called to testify at any upcoming trials and any testimony he has given to the grand jury can be used to indict would-be defendants in the future.