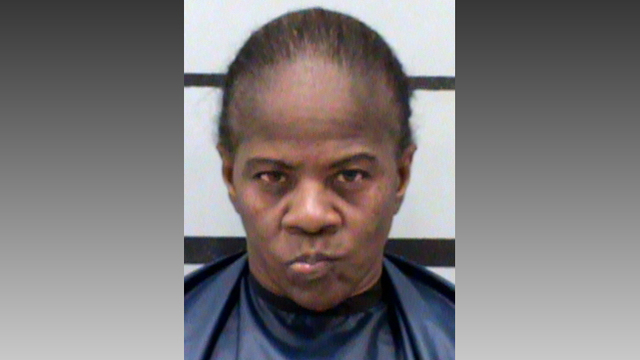 A Lubbock woman was arrested Saturday night by Lubbock Police for aggravated assault and deadly conduct after firing a gun at her son.

Lubbock police officers were sent to the 2800 block of 62nd Street.  A man told police that his mother fired a gun at him.  The shot missed him but nearly hit a neighbor.

The dispute started when Linda Childers Perry, 57, instructed her son to pick up his belongings and from her house.  He had been living with his mom for an extended time.

According to the police report, when the son arrived at the house to get his belongings, Childers Perry slammed the door in his face. Childers Perry then fired one round through the door.

Childers Perry told officers she fired one round unintentionally, because she thought her son was "acting crazy.” She is being held in the Lubbock County Detention Center on bonds totaling $85,000.