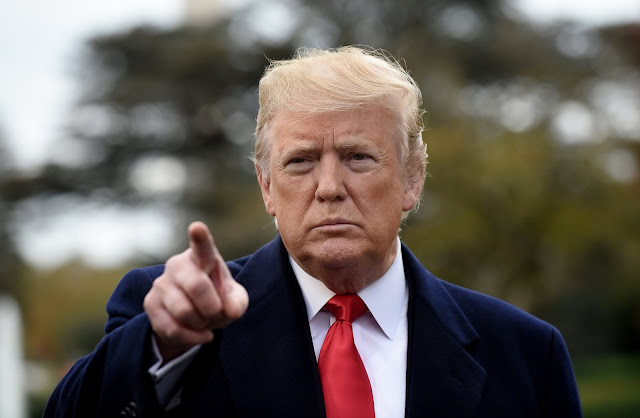 President Trump on Friday suggested he could pull press credentials from other reporters who don't show him "respect."

The comments come two days after the president suspended the press pass of CNN chief White House correspondent Jim Acosta after a contentious exchange during a news conference.

Asked how long Acosta's credentials will be suspended, the president replied: "As far as I'm concerned, I haven't made that decision. But it could be others also"

Trump also went after April Ryan of American Urban Radio Networks as a "loser" who "doesn't know what the hell she is doing."

"Nobody manipulated, give me a break. That is dishonest reporting. All that was was a close up," he said.

Experts say the video, which the White House used to justify its decision to pull Acosta's credentials, was doctored.

Ryan later responded on Twitter: "I love this country and have the most respect for the Office of the President. I will continue to ask the questions that affect America, all of America."

Acosta also stood up for Ryan, tweeting, "my friend @AprilDRyan is an incredible journalist and a wonderful person. If you got to know April as I know her, you would love her too. #1A."