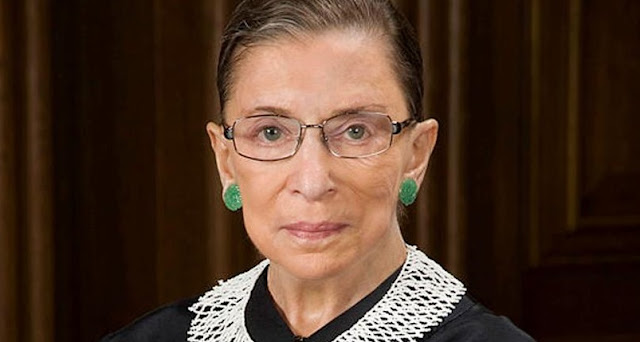 Justice Ruth Bader Ginsburg, the court's leading liberal, was admitted to a hospital Thursday morning after falling in her office.

The Supreme Court's Public Information Office said in a statement that Ginsburg, 85, fractured three ribs on her left side in the fall.

She is being treated at George Washington University Hospital in Washington, D.C.

"She went home, but after experiencing discomfort overnight, went to George Washington University Hospital early this morning," she said. "Tests showed that she fractured three ribs on her left side and she was admitted for observation and treatment."

The court said it will provide updates on Ginsburg's condition as they become available.

Ginsburg, a Clinton appointee, has been a member of the court since 1993. She has become a symbol of legal progressiveness and has captivated millennials, who affectionately dubbed her the “Notorious R.B.G” after the rap singer “Notorious B.I.G.”

The internet exploded shortly after news of her injury was reported, with supporters sending her well wishes on Twitter.

“Is rib donation a thing? If it is, I volunteer,” one supporter tweeted.

The press office released the news of her injuries about an hour before the court is expected to hold a special, off-camera ceremony to welcome Justice Brett Kavanaugh.

Ginsburg will not be present for Thursday’s ceremony, which President Trump and first lady Melania Trump are scheduled to attend.