Report: U.S. military superiority 'has eroded to a dangerous degree' 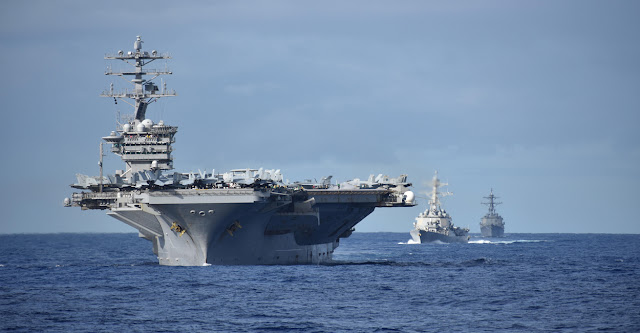 U.S. military superiority “has eroded to a dangerous degree,” with “grave and lasting” consequences if Washington doesn’t act quickly to reverse the damage and adequately fund the Pentagon, according to new report ordered by Congress.

Released Wednesday by the independent National Defense Strategy Commission, the report warns that America has reached a “crisis of national security,” due to a combination of political, financial and international issues and might struggle to win if faced with numerous conflicts at the same time.

“The U.S. military could suffer unacceptably high casualties and loss of major capital assets in its next conflict,” the report states. “It might struggle to win, or perhaps lose, a war against China or Russia. The United States is particularly at risk of being overwhelmed should its military be forced to fight on two or more fronts simultaneously.”

The report’s authors also write that it would be “unwise and irresponsible not to expect adversaries to attempt debilitating kinetic, cyber, or other types of attacks against Americans at home” while also fighting the U.S. military overseas.

“U.S. military superiority is no longer assured and the implications for American interests and American security are severe,” they write.

The commission — a bipartisan committee put together in July 2017 as ordered in the fiscal year 2017 National Defense Authorization Act (NDAA) — consists of up of 12 individuals. House and Senate Armed Services Committee leadership, two Democrats and two Republicans, hand-picked three individuals each to the commission.

The group was led by Eric Edelman, a former U.S. ambassador and undersecretary of defense for policy from 2005 to 2009, as well as Gary Roughead, the chief of naval operations from 2007 to 2011.

The authors found that a swirling combination of issues led to what some leading voices in the U.S. national security community have dubbed an emergency.

Threats from Iran and North Korea have also worsened as the nations have “developed more advanced weapons and creatively employed asymmetric tactics,” such as using intimidation and coercion.

In addition, dangers posed by transnational threat organizations such as radical jihadist groups have evolved and intensified, with the proliferation of advanced technology around the world “allowing more actors to contest U.S. military power in more threatening ways.”

“The United States thus is in competition and conflict with an array of challengers and adversaries,” the authors write.

The report also blames “political dysfunction and decisions made by both major political parties” for shortfalls, particularly the creation of the 2011 Budget Control Act (BCA), which led to reductions in planned defense spending.

The commission was also charged with formally reviewing the National Defense Strategy (NDS), released by the Trump administration in January. That document is meant to drive future defense spending requests and lays out the Defense Department’s future strategy.

The NDS is expected to greatly influence the FY-20 defense spending bill, which will likely fund modernization efforts that focus on potential conflicts with China and Russia and less on the Middle East.

While the commission found that the NDS “is a broadly constructive document that identifies most of the right objectives and challenges,” the authors are “deeply concerned that the Department of Defense and the nation as a whole have not yet addressed crucial issues such as force sizing, developing innovative operational concepts, readiness, and resources with the degree of urgency, persistence, and analytic depth that an increasingly dangerous world demands.”

The commission also warns that the NDS “too often rests on questionable assumptions and weak analysis,” and is not adequately resourced.

“We believe that the NDS points the Department of Defense and the country in the right direction, but it does not adequately explain how we should get there,” the commission writes.

Overall, the Pentagon simply needs more resources to push back on an impending crisis and fund the NDS, it says.

“Available resources are clearly insufficient to fulfill the strategy’s ambitious goals, including that of ensuring that DOD can defeat a major-power adversary while deterring other enemies simultaneously,” the authors write.

The funding now available is not enough to take on nuclear and conventional modernization simultaneously and fix long-accumulating readiness shortfalls.

The report is particularly critical of the Pentagon’s often-touted plans to fill resource gaps through savings found by organizational reform. They say it is “unrealistic to expect that such reforms will yield significant resources for growth, especially within a time frame appropriate to meet the challenges posed by China and Russia.”

The administration last month requested that the Pentagon plan for a national defense budget of $700 billion for FY-20, down from $716 billion this fiscal year.

The new plan is a cut from the $733 billion the department had expected to request in the NDAA for both Pentagon and non-Pentagon defense items such as the Department of Energy’s nuclear weapons programs.

Defense Secretary James Mattis, meanwhile, has talked about the need for 3 percent to 5 percent budget growth each year in order to successfully repair readiness, a rate that the commission recommends.

“Without additional resources, and without greater stability and predictability in how those resources are provided, the Department will be unable to fulfill the ambition of the NDS or create and preserve U.S. military advantages in the years to come.”

The report has already received attention on Capitol Hill.

“To address our present national security crisis and restore America’s eroding military advantage, we must fully resource and implement the National Defense Strategy. If we fail to do so, the cost will be measured in American lives lost fighting wars that might have been avoided and may very well be lost,” Inhofe said in a statement.

Inhofe also said the NDS was “a good start,” but the United States needs to put the strategy into action.

He also agreed with the finding that there must be greater urgency in funding national defense to make sure the United States can “undertake essential nuclear and conventional modernization while rectifying readiness shortfalls.”

“That is why I believe the $733 billion defense budget originally proposed by President Trump for fiscal year 2020 should be considered a floor, not a ceiling, for funding our troops."

“We aren’t there yet, and we have a lot of work left to do,” he added.