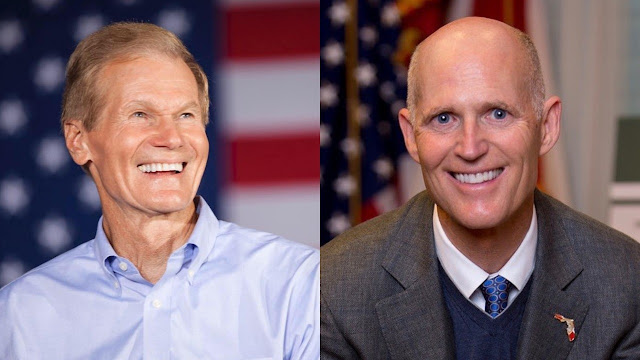 Broward Circuit Judge Jack Tuter said Monday that he would not issue an injunction to a request from Gov. Rick Scott (R) that the Florida Department of Law Enforcement and county sheriffs impound ballots and voting machines in the county when they’re not in use, according to CBS Miami.

The announcement comes a day after Scott filed a pair of emergency motions in Palm Beach and Broward County courts, as legal action intensifies over the too-close-to-call Senate race between the governor and Sen. Bill Nelson (D).

The race is now undergoing a machine recount that must be completed by Thursday, with separate recounts also taking place for the state’s gubernatorial and agriculture commissioner races.

In addition to this injunction, Scott also filed an emergency motion on Sunday, asking a judge to halt the inclusion of ballots from Palm Beach County in the final tally that were counted after the Saturday deadline to submit the unofficial vote count.

Meanwhile, on Monday, Nelson called on Scott to recuse himself from “any role” in the recount process.

“[Scott] should remove himself from any role in the recount process so the people can have confidence in the integrity of the election,” Nelson said in a statement.

“Given his efforts to undermine the votes of Floridians, this is the only way that we can ensure that the people’s votes are protected.”

That would set up a Saturday deadline for the hand recount to be completed, leaving Florida election officials scrambling to meet the Nov. 20 deadline to certify the results.

Scott and Nelson have lobbed continuous accusations at one another since Tuesday’s election. Scott claimed that Nelson is trying to “commit fraud” to win the election, while Nelson has accused the governor of seeking to block votes cast legally.

The war of words comes as President Trump weighed in on the recount on Monday, calling for the Senate and governor’s race to be called for the Republican candidates and claiming that "an honest vote count is no longer possible."