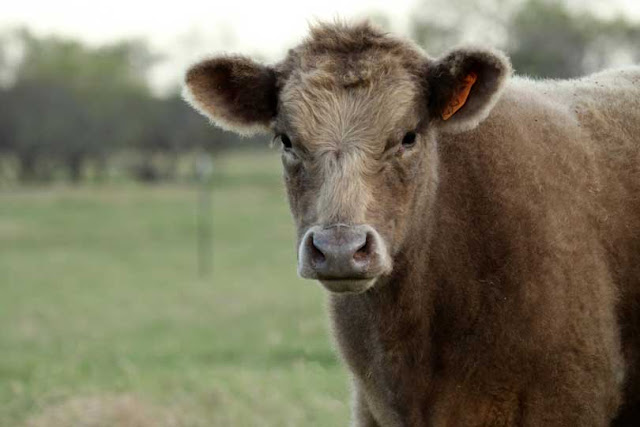 Old Man Winter made an appearance across Texas this week bringing freezing temperatures and gusting winds.

While those conditions can deliver an immediate threat to livestock, effects of the storm on cattle forage can cause significant harm for some time after.

Freezing temperatures can cause changes to the metabolism and composition of plants that can poison livestock, according to Dr. Bruce Anderson of the University of Nebraska-Lincoln Extension.

Texas farmers and ranchers should be on the lookout as winter weather begins in the Lone Star State, Dr. Bob Judd, host of Texas Vet News on the Texas Farm Bureau Radio Network, said.

“Sorghum related plants—like Sudan grass, Johnsongrass and milo—can be highly toxic for a few days after a frost,” Judd said.

The plant cell membrane begins to break down when temperatures drop below freezing, he said. From there, chemicals known to produce prussic acid—a form of cyanide—mix together and release the poisonous compound within the plant.

“Livestock eating recently frozen sorghums can ingest a high dose of prussic acid and can die very quickly,” he said.

The acid does not stick around permanently. Judd noted it will soon turn to gas and release into the air.

Some experts recommend waiting a minimum of five days before returning cattle to pasture to decrease the chance of poisoning, but Judd is cautious of this.

“I think that is still too much of a risk,” he said. “Before turning your cows into the pasture, I would recommend sending off a sample of the pasture grass to the lab to make sure it is safe.”

Testing is relatively cheap, Judd said, considering how much a cow can cost.

Grass must be stored properly when being tested, so he recommends visiting with a vet before sending it to the lab. Testing the grass for nitrates is also a good idea, he said, because freezing temperatures can cause that to accumulate in plants, as well.