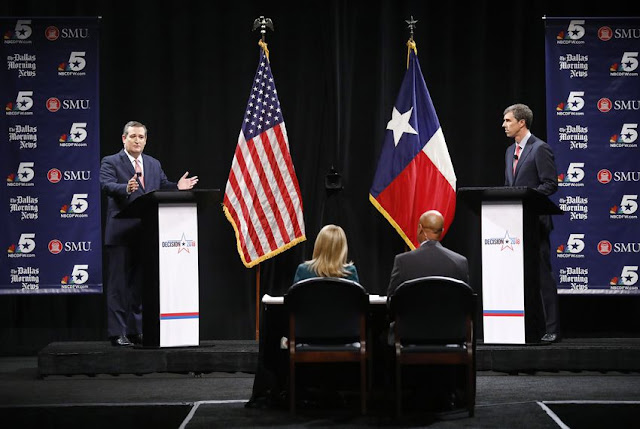 "The Sept. 30 debate between Senator Ted Cruz and Congressman Beto O’Rourke at the University of Houston has been postponed," the university said in a Facebook post on Friday. "Senator Cruz will be in Washington, D.C. for weekend votes. UH, Univision 45 and ABC-13 are working with the campaigns to find a new date to reschedule."

The highly-anticipated second of three scheduled debates was set to be a town hall-style exchange at the University of Houston that would air in most of Texas' media markets.

The first debate took place on Sept. 21 and was a rollicking clash in which both candidates generally argued for the national party's positions on a litany of issues, including immigration and law enforcement.

An attempt to reschedule will be somewhat complicated by the fact that Cruz will be casting votes in the U.S. Senate for much of October. The U.S. House is set to adjourn until the midterms on Friday.

The final debate is scheduled for Oct. 16.