How do we get young people involved in the Republican party? 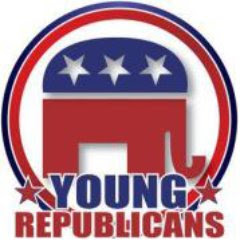 How do we get young people involved in the Republican party?

Well, for one, you stop trying to shove a conservative social agenda down their throats. This “my way or the highway” attitude that is prevalent throughout the far-right communities is only alienating people that fall center or left within the Republican party.

For the people in the back that didn't hear; moderate and liberal Republicans do exist! And we are getting fed up with the right-wing fringe trying to monopolize our party, and our government. We have to return to an idea that 80% my friend is not 20% my enemy.

Most millennials I know are fiscally conservative, and we are working hard enough to provide lives for ourselves to overcome an economy that is fraught with disaster, trying to find financial stability because we cannot rely on social security, and to avoid being in debt the rest of our lives.

So, I tell you, I don't care if the two guys down the street want to shack up and raise a family, as long as they are paying taxes and raising their kids to be productive members of our society.

I don't care if someone wants to smoke pot at the end of their day to unwind, because 1) they are grown ass adults paying taxes and not endangering society, and 2) the state could generate enough tax revenue to overhaul the educational system with the recreational sale and tax of marijuana.

I am all for limiting the window in which someone seeks an abortion, but this idea for an absolute ban is regressive, and disregards real, proven medical necessities of abortion in certain instances.... Again, abortion should not be seen as a form of contraception, when so many other options are available, but does have its place in medicine an personal choice.

There are other issues, but these seem to be buzz word topics. Agree, disagree, it makes me no never mind.

If you want to help this party grow, and succeed, focus on the economy, and not restricting people’s freedoms. Historically, we are the party that fights for freedoms, breaks chains, and gives opportunity to those that want to achieve. Without a strong economy, the rest of it all seems, pointless.

If you disagree with everything I said above regarding social issues, that’s okay. You have a place in this party just as much as I do, and we can work together to find other commonalities that are worth working towards defending.

What is not okay, is shaming someone into silence because they don’t share your view. We can work together to strengthen members of every community, race, origin, creed to rise above and be a voice to those that want to see cohesiveness, not divisiveness.

Many will read this and say "oh, he’s young" or "he’s part of the problem" or “he’s lost his mind,” but I argue that it is you, the persons that would rather go on thinking they are absolute in their opinions, not willing to even see a different perspective, casting out the different voices, that are a problem.

It’s also those who won’t speak out, and help change the tides, because it requires time and commitment. But time and commitment are a fair price to pay if we are going to make sure that our future, our children’s future, is one where we all have opportunity to succeed in an America made great again.

If you want to add to the discussion, or show up and say nothing, but stand in solidarity with those of us wanting a greater America, I invite you to join us. We can only make a difference if we unify together, bridge the gaps, and help us make the Republican Party a party for all!

Cullin Knutson is a millennial Republican who has worked on various local and state political campaigns in the state of Texas. Knutson is also secretary for the Potter County Republican Party.