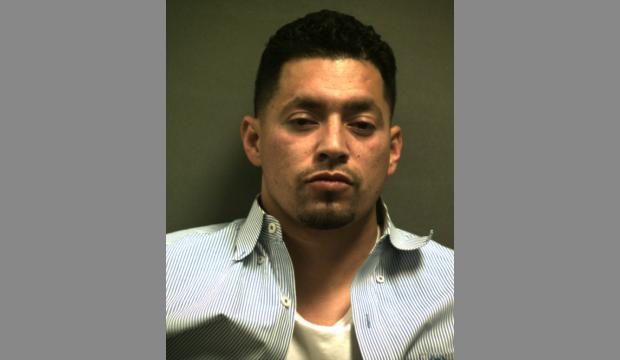 On New Year's Day at 2:58 am, Amarillo police officers responded to a shots fired call in the 4400 block of S. Travis.

When officers arrived, they found that at least one bullet had hit and penetrated a bedroom wall of a home there. No one was injured by the shot, and officers recovered the bullet inside the home.

Investigators estimated the trajectory of the bullet using the holes in the wall. The shot appeared to originate in the area where neighbors had a fire in a barrel in the back yard at 4412 S. Parker. Officers went to the home and found bullet holes in a barrel that lined up with the shot that hit the home.

Investigators made contact with 30 year old Guadalupe Cain Deleon, who was now inside the home. Officers determined that he had fired the shots, possibly in an attempt to ventilate the burning barrel.

A handgun was located in a grill in the back yard of the home.

Deleon was arrested and booked into the Randall County Jail for deadly conduct by discharge of a firearm, unlawful possession of a firearm by a felon, and a traffic warrant.
Local News