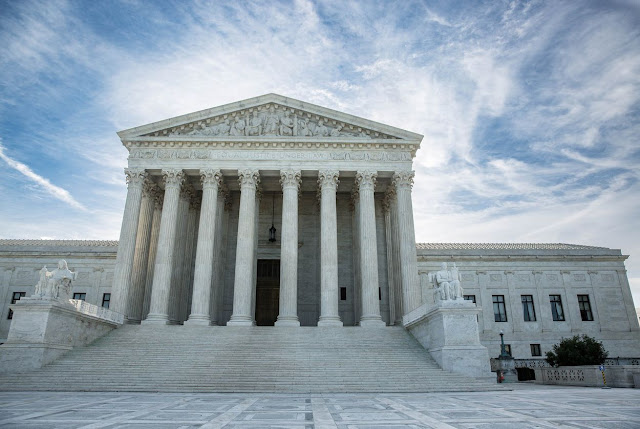 The court heard arguments in the case of Carlos Ayestas, a 48-year-old Honduran national sentenced to death 20 years ago in the 1995 Houston murder and home burglary of a 67-year-old woman. Ayestas’ federal appellate lawyers have sought funding they say is “reasonably necessary” to investigate claims of mental illness and substance abuse that trial lawyers missed. They argue that the mitigating evidence could have swayed the jury to hand down an alternate sentence of life in prison.

The courts denied the funding request, and the 5th U.S. Circuit Court of Appeals ruled Ayestas didn’t show “substantial need” for the funding, claiming that there was no obligation for his lawyers to look into those areas and that any potential findings wouldn't necessarily have affected his sentence because of the crime’s brutality and his threatening actions afterward.

“What the court cannot do and what the 5th Circuit regularly does under its 'substantial need' rule is say ... ‘We're going to speculate about what you're going to find when you go out and you look for this mitigation evidence ... and we're going to guess, based on that estimation, that you're not going to meet that showing,’” said Ayestas’ lawyer, Lee Kovarsky, before the high court in Washington, D.C.

Texas Solicitor General Scott Keller pushed to convince the justices that the high court didn’t even have jurisdiction to hear Ayestas’ appeal because a court’s funding determination is an administrative ruling, not judicial, and therefore unappealable. The liberal justices didn't bite.

“So where do you go if a circuit is arbitrarily and capriciously saying, ‘We're not going to give any funds, period’?” Justice Sonia Sotomayor said. “What happens in that situation? Where does the defendant go?”

Ayestas was found guilty in 1997 of the fatal beating and strangulation of Santiaga Paneque. At his punishment trial, where he would either be sentenced to life in prison or death, prosecutors brought forth evidence of Ayestas threatening to kill people who knew about the murder in the days afterward. The defense brought forth no witnesses, only bringing documents from an English teacher in prison that said he was a good student, according to Ayestas’ brief to the court.

During his state appeals, an investigator raised the issue of a lack of exploration into Ayestas’ life, including any mental or emotional disorders, especially since Ayestas had told an investigator before his trial that he had multiple head traumas and regularly drank alcohol and used cocaine. Still, the appeal looked mostly into failed efforts to get Ayestas’ Honduran family to his trial as witnesses for his defense — not at potential brain damage, mental illness or substance abuse. While his appeal was pending, Ayestas was diagnosed with schizophrenia in prison.

Later, in federal court, his lawyers pointed out the lack of investigation into Ayestas' claims of trauma or drug use and asked the court for funding to fully develop the claim that his trial lawyer was ineffective for not bringing these factors to the jury’s attention. The decision to deny that request is what led to Monday morning’s arguments.

The conservative justices stayed mostly quiet during the hearing, with the exception of Justice Samuel Alito. He questioned Kovarsky’s argument against the 5th Circuit’s “substantial need” test that the lawyer said prevented Ayestas from getting funding, and Chief Justice John Roberts seemed to side with him.

“A reasonable attorney with finite means might devote those finite means to an avenue of investigation that has very, very little chance of success because there is so much at stake,” Alito said. “The evidence has to ... meet some level of importance in order for the standard to be met.”

But mostly, the liberal justices controlled the conversation.

“If you have a person who has since the incident in question been diagnosed as schizophrenic, you know, some bell goes off that says, ‘I think maybe we should do some investigation and try to figure out whether he was suffering from mental health issues at the time of the incident,’” said Justice Elena Kagan as Keller pointed out Ayestas’ diagnosis wasn’t until years after the murder.

And even the newest justice, right-leaning Neil Gorsuch, argued against Keller’s statement that there were no deficiencies in Ayestas’ case, noting how the 5th Circuit had to issue a corrected opinion after it incorrectly stated that Ayestas had received a psychological evaluation pretrial.

“Counsel, you say there was no deficient performance, but the circuit court had to amend its ruling because it had mistakenly said that there had been an investigation of mental health in 1997 by trial counsel,” Gorscuh noted. “How can there have been no deficient performance holding if it withdrew the basis of that holding in its revised opinion?”

Keller countered that the psychological evaluation wasn’t the only reason for its ruling, noting that Ayestas’ lawyers and investigator at trial did not abandon him.

“The investigator began interviewing [Ayestas] several times in February 1996, subpoenaed psychological and disciplinary records, made multiple attempts to contact the Honduran family members, contacted several potential witnesses, searched criminal histories and attempted to obtain deportation records and California records,” Keller said. “In other words, this is not a situation where ... there was simply no attempt at trying to provide a defense.”

The court likely won’t rule on the case until next year, when it can either uphold the federal court’s decision to deny funding, send it back to the 5th Circuit for further review or order the court to grant funding.