Ted Cruz is ready to work with a President Trump 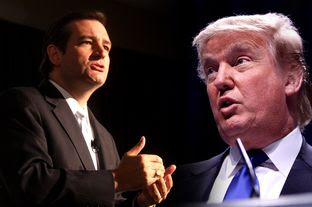 WASHINGTON — U.S. Sen. Ted Cruz aimed Sunday to put to bed his bitter presidential campaign rivalry with Donald Trump, praising the president-elect and promising to help move a conservative agenda through his perch in the U.S. Senate.

"I want to do everything I can to help President Trump have an incredibly successful administration, because if we deliver on the promises, that’s how we actually turn the country around, bring back jobs and raise wages for people that are hurting," Cruz said on ABC's "This Week."

"I got to say, if we don’t, if we’re given the White House and both houses of Congress and we don’t deliver, I think there will be pitchforks and torches in the streets," he added.

But when his interviewer, Martha Raddatz, played a clip from the presidential campaign of Cruz calling Trump "a pathological liar," Cruz declined to recant that sentiment.


He went on to praise Trump's Cabinet selections thus far, calling them "an impressive, serious team" and repeatedly arguing that full GOP control of the legislative and executive branches translates into a "mandate."

"At the end of the day, the people have spoken," Cruz added. Trump "won the election. He won the nomination. And he won the general election in convincing manner."