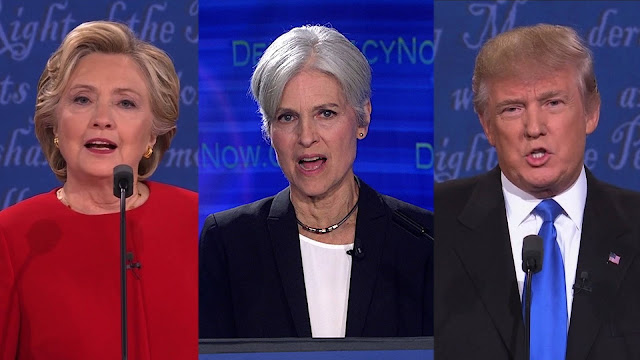 President-elect Donald Trump blasted the Green Party's effort to recount votes as a "scam" and accused the party's nominee, Jill Stein, of trying to reel in donations that she won't actually spend on a recount.


All the leftist stupidity is coming out now. Many progressives are apoplectic. I mean, walking around in tears, bemoaning the end of civilization, that sort of thing.

Some are out in the streets, burning Trump effigies as is done in Iran and other primitive 3rd world regions. Some are openly tweeting for "presidential assassination".

Unbelievable. It's good the election had this outcome, just to expose the stupidity, shallowness, and treachery of the liberal mind.

You may want to think twice before donating money to Green Party candidate Jill Stein‘s effort to demand a vote recount in Wisconsin, Michigan, and Pennsylvania. Stein will not guarantee the money will actually be used for a recount.

"We cannot guarantee a recount will happen in any of these states we are targeting. We can only pledge we will demand recounts in those states.

"If we raise more than what’s needed, the surplus will also go toward election integrity efforts and to promote voting system reform," the Stein campaign states.

So far, Stein's "recount" effort has raised $4.8 million dollars. That is a nice little chunk of change donated by people believing in a vote recount that more than likely will never take place and certainly have no effect on the outcome of the 2016 presidential election.

But wait, this story just keeps getting better. The Stein campaign has raised its fundraising goal several times from the original $2.5 million dollar goal. These folks are now claiming they need $7 million dollars for the vote recount. 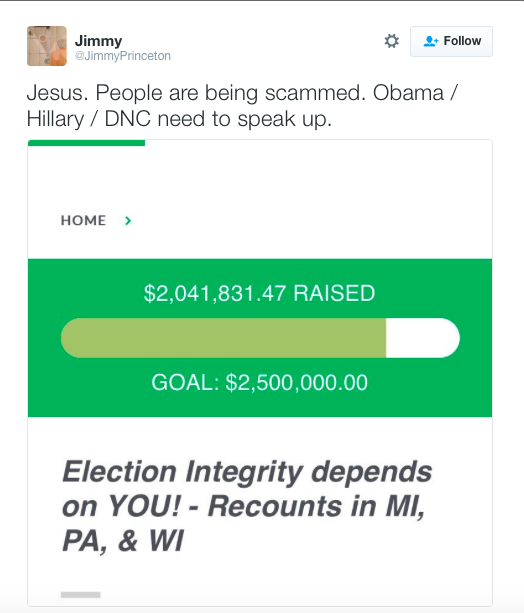 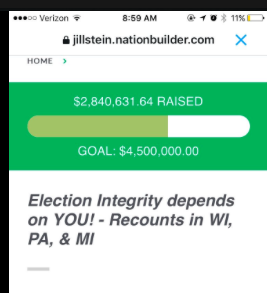 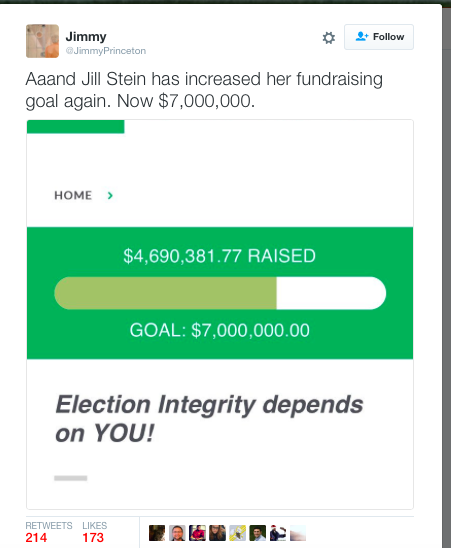 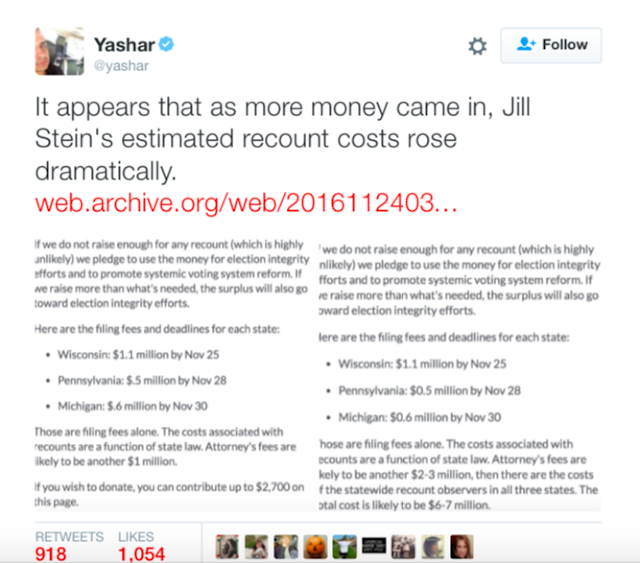