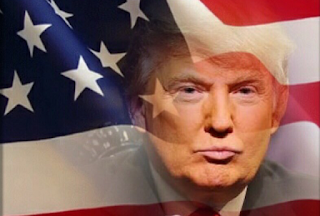 President-elect Donald Trump tweeted Tuesday that those who burn the American flag should face consequences – “perhaps loss of citizenship or a year in jail!” But while many Americans may look down on burning the country’s flag, the U.S. Supreme Court ruled in a Texas case in 1989 that the burning of a U.S. flag was protected under the First Amendment.

In Texas v. Johnson, the court ruled 5-4 that Gregory Lee Johnson's burning a U.S. flag outside of the 1984 Republican National Convention in Dallas was protected free expression. A Texas court had tried and convicted Johnson for the incident before Johnson appealed his case to the U.S. Supreme Court.

During oral arguments, Dallas County Assistant District Attorney Kathi Alyce Drew testified that the American flag is "this nation's cherished property" and argued that "if a symbol over a period of time is ignored or abused that it can, in fact, lose its symbolic effect."

But Conservative Justice Antonin Scalia, who ruled alongside the majority, disagreed.

"His actions would have been useless unless the flag was a very good symbol for what he intended to show contempt for," Scalia said of Johnson's flag burning during oral arguments. "His action does not make it any less a symbol."

A 1931 case before the high court set the first precedent that the way a flag is used can be protected under the first amendment. In a 7-2 ruling, the court found a California law that banned the flying of red flags in protest of the government was unconstitutional. The red flag was viewed as a symbol of communism.

Again in 1989, the court decided in Spence v. Washington that a person couldn’t be convicted for using tape to put a peace sign on an American flag. The decision paved the way for its historic decision in the Texas case later that year.


Although the court has ruled that burning the flag is protected speech under the First Amendment, Trump’s feelings toward flag burning are not far from most mainstream Republican’s views on the act.

Gov. Greg Abbott has made similar statements about flag burning – promising to pass a new law honoring the flag after the Texas Court of Criminal Appeals ruled last year that a state law that bans damaging the U.S. flag and the Texas flag was unconstitutional.

"It came from Texas' highest criminal court," Abbott tweeted of the decision last year. "I think it is wrong. We will work to pass a revised law honoring the flag."

Bottom line: The U.S. Supreme Court has ruled that burning the U.S. flag is protected under the First Amendment.