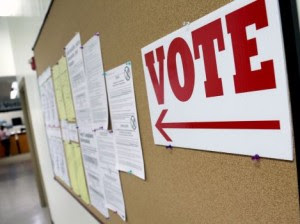 While there is currently no evidence for voter fraud on a mass scale, the problem may be larger than some commentators are willing to admit.

On Nov. 8, President-elect Donald Trump accused the left of voter fraud, claiming that Democrats cast “millions” of illegal votes for Hilary Clinton. New claims Trump made this week have put some state election officials on the defensive.

America has a history of voter fraud, and it’s more extensive than mere “dozens” of noncitizen illegal votes that Rick Hasen, election law professor at the University of California, Irvine, described to Politico last week.

Watchdog’s exposure of illegal absentee ballot requests by a Republican candidate for attorney general and the Vermont Democratic Party shows that holes exist in Vermont’s absentee ballot process. Town clerks admit they are unable to verify who filled out an absentee ballot once it is sent out from their offices. In addition, clerks are not required to confirm addresses before mailing ballots.

Lott claims voter fraud was present in the 2016 general election, and news reports across the country highlight some individual cases. In San Pedro, Calif., 83 absentee ballots using different names were sent to a single two-room apartment. In Pennsylvania and Indiana, state police are investigating widespread illegal voter registration. Illinois and New York have reported large numbers of illegal voting, whether by illegal immigrants or fraudsters using the names of the deceased.

North Carolina Gov. Pat McCrory is claiming that fraud — largely attributed to absentee ballots — cost him a victory. He claims 50 out of 100 counties have reported fraudulent votes, and a recount and investigation are underway.

The reason absentee ballot fraud is a problem, Lott said, is that what started as a rare exception has now become the norm. “We need to place restrictions on absentee voting. There has to be a legitimate excuse (for it),” he said.

Vermont is one of 27 states that allows absentee and early voting for any reason. Oregon, Washington and Colorado have gone so far as to eliminate polling stations, switching exclusively to mail-in ballots.


As a result, absentee voting in the United States has risen from 22 percent in 2004 to 36 percent in 2012. Figures for the 2016 election are not yet available, as large states are still counting absentee ballots.

In Vermont, 30 percent of the state’s votes were recorded as absentee this year. However, the percentage is much larger for certain Vermont towns. In Manchester, 46 percent of votes cast were absentee. Shelburne reported that 53 percent of votes were cast absentee, while Brattleboro reported 56 percent.

Lott advocates for both a reduction in absentee voting and a photo ID requirement. Fourteen states implemented varieties of each this year to fight fraud. Opponents say these precautions will reduce voter turnout and unfairly affect minority and poor populations.

Lott says otherwise. “It’s extremely hard to function in everyday life without a photo ID. … When we look at the current percentage of voters with an ID that’s not an accurate representation of who would go get one if required.”

“Look at Mexico,” he said. “They did both these things, and their voter turnout actually went up.”