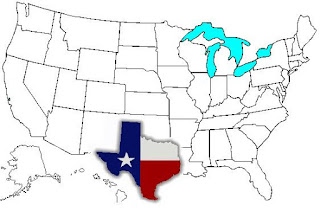 A battle between Texas cities and the state Legislature broke out Tuesday, with property taxpayers in the crossfire.

“I side with the payers, not the spenders,” state Sen. Paul Bettencourt said in unveiling Senate Bill 2 to reform Texas’ increasingly burdensome property tax system.

“The taxpayers’ ability to pay must be considered,” said Bettencourt, a Houston Republican who chaired the Select Committee on Property Tax Reform and Relief.

Applauded by Lt. Gov. Dan Patrick — signaling a positive reception in the GOP-controlled Senate — the committee’s legislation was immediately blasted by four cities.

Adler was joined by leaders of San Antonio, New Braunfels and San Marcos in warning that local government would be crippled by SB 2.

“We should not risk police, firefighting, EMS, parks, safety nets and transportation projects – all to save Austin homeowners only $2.69 a month,” Adler said.

“The victim is the taxpayer,” he said, citing complaints his committee heard in more than 50 hours of invited and public testimony across the state this year.


The cities’ sky-is-falling scenario assumes that SB 2 “caps” property tax increases at 4 percent. By that calculation, the four cities would have “lost” $770 million in revenue over the past decade.

In fact, SB2 would halve the so-called rollback rate while allowing local government to seek voter approval to go above 4 percent. New construction would remain exempt from the rollback, allowing for growth-related revenue.

“It’s not a cap,” Bettencourt told Watchdog.org in an interview. “If the cities want to go above the rollback rate they can do what school districts are required to do – go to the voters.”

SB 2 would standardize tax ratification elections across the state by requiring them to be conducted on general election dates.

Unlike school districts, which are required to hold tax elections if they adopt rates that exceed the rollback, local governments have no such restraint. Taxpayers can only fight back via petition. Because of high signature-gathering thresholds, petitions rarely get to the ballot.

“Essentially, the cities are arguing for no limits. Meantime, taxpayers are being pushed to the brink,” Bettencourt said.

James Quintero, director of the Center for Local Governance at the nonpartisan Texas Public Policy Foundation, noted that property taxes are outstripping growth and inflation by a wide margin.

“Structural tax reforms are an absolute must next session. The current system is broken and fundamental reforms are absolutely essential to protect Texas’ economic future,” Quintero said.