Analysis: Some politicians want your attention and some don’t 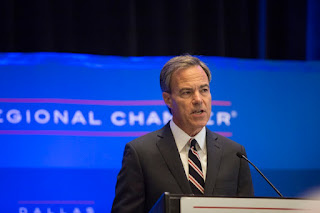 Pete Laney, the former Texas House speaker, said once that he’d know he was in trouble if his name ID rose above 10 percent.

There’s no reason for most people to know who the speaker is, he reasoned, and when any of his predecessors had become well known, it was always because they were in some kind of trouble.

Joe Straus, the San Antonio Republican who has held the House’s top job since 2009, is enjoying the same kind of non-notoriety Laney sought. Most Texans don’t know his name. His opponents, mainly from the right wing of his own party, can be loud but are badly outnumbered; their 2015 candidate against Straus won fewer than two dozen votes in the 150-member House.

So far, no one appears to be mounting a challenge to the speaker. When the Legislature convenes in January, Straus is expected to win a fifth term in that job, matching the record held jointly by Gib Lewis, D-Fort Worth, and Laney, D-Hale Center.

It could be his last term, but you could have said the same thing two years ago, or four, or six. Maybe he’ll be running again in 2019 for a record-busting sixth term at the helm of the House.

The speaker is the most powerful official in Texas who doesn’t have to run statewide. Voters in 149 of the state’s House districts have never seen Straus’ name on the ballot.

Unlike Gov. Greg Abbott and Lt. Gov. Dan Patrick, the speaker isn’t in a position to claim a statewide mandate. Abbott won 59.3 percent of the vote in 2014. Patrick got 58.1 percent. Each has taken his win as an endorsement of what he was talking about during the campaign.

Patrick is most of the way through his version of a Casey Kasem countdown of his top issues for the coming session, releasing an ambitious, 30-part legislative program 10 parts at a time. It’s got everything from limits on local property tax increases to vouchers for private schools to hailstorm lawsuit restrictions.

Abbott issued a 91-page plan for “restoring the rule of law with states leading the way” in January, urging other states to join Texas in a convention that would attempt to add nine state-empowering amendments to the U.S. Constitution.

It’s a hard sell both with voters and with state lawmakers, but it’s a big idea. And Abbott, like other governors, will present his own wish list to the Legislature in a State of the State speech early in next year’s session. Last time out, that included ethics reform (still on the to-do list), money for border security (many lawmakers want to continue that spending in the next budget) and expanded pre-kindergarten programs.

He hasn’t produced a pre-session list so far, but he has pointed to at least one issue — funding and reforms of the state’s programs for abused children and those in foster care — that he wants legislators to tackle.


The speaker is the most powerful official in Texas who doesn’t have to run statewide. Voters in 149 of the state’s House districts have never seen Joe Straus’ name on the ballot.

Then there is Straus, whose position largely defines his pitch to voters and lawmakers. Unlike Abbott and Patrick, whose audience is voters, Straus is elected to speaker by the other members of the House.

Their issues are his issues, and unless they’re pushing him — or any speaker — in a particular direction, there’s no reason for him to take a position.

After the elections, he gave the San Antonio Hispanic Chamber a fill on his plans. But it was more general than the specific pieces of legislation that Patrick has endorsed or the detailed fixes and reforms and new ideas that governors usually recommend. Straus’ to-do list included increasing oversight of foster children and abused kids the state is supposed to protect, reforming the state’s school finance system, overhauling mental health care, improving cyber security and promoting entrepreneurship.

Straus is interested in those general subject areas. Patrick’s plans are more specific, numbered to correspond with the bill numbers on legislation filed in the Senate. One is saying generally what he wants his members to take on, while the other is asking for their votes on particular pieces of legislation.

Legislators aren’t being asked to agree with Straus on individual bills, which makes sense, since he answers to them. Patrick is looking for votes for legislation and not for his position, so his is more specific.

The lieutenant governor is also more likely to have his name on his body’s work than the speaker is; Patrick has to ask voters for another term in 2018 and would like to showcase his work. The right kind of fame helps a lite guv stay in power.

Straus has to take care of his House members and the voters in his San Antonio district. The members should get the showcase stuff; in the speaker’s case, fame is something to avoid.